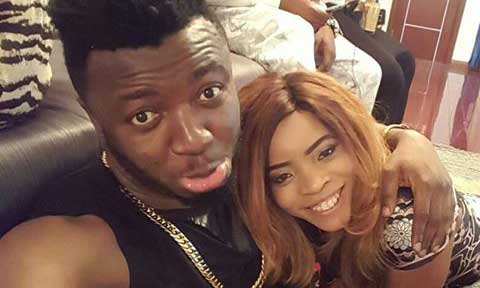 Recall that the fashionista, Laura Ikeji and the singer were close to the point where the singer at one time gifted her N1million.

Speaking on why he never made the relationship official or take the next step, Mc Galaxy in a chat with Ademola Olonilua of Saturday Beats said: “Laura had always had a boyfriend for a very long time and I knew but other people did not know about it. Probably if she did not have anyone in her life, I would have asked her out because we really connected and we were best of friends.

“She is someone I talk to every time and now that she is married, it has not affected our relationship in anyway. Her husband loves me a lot and he attended my album listening party. He came all the way from London to attend my listening party.”

Mc Galaxy further spoke on the relationship rumors which were in the media adding that there was never a time when he was an item with the fashionista who is now married to Nigerian footballer, Nwankwo Kanu’s brother, Ogbonna.

Mc Galaxy said: “There was nothing between Laura Ikeji and I. She is not just my best friend but I refer to her as my sister because she knows about everything that I want to do.

“If I listen to her advice, everything works out fine and I consult her before I sign some artistes. If she tells me not to do so, I listen to her because she is very intelligent. 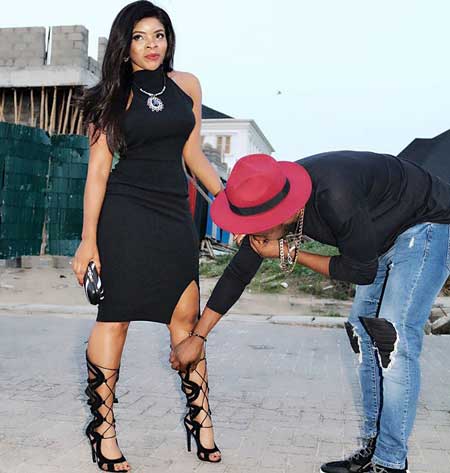 “If she talks to you and you listen, you would make it. The reason my brand is big today is because of Laura. I was not used to granting interviews but she advised me that I need it. I am just lucky and blessed.

“As a smart guy, if you have such a person as a friend, you have to keep them as friends because the moment you mess it up, things might go sour.”

Speaking on his relationship status, the singer noted that despite pressures from his mother, he remains single, searching and an eligible bachelor.

“I am currently single and I don’t know when I would get married. God can decide and say I will get married tomorrow, who knows? Marriage is not something you rush, just be sure of the person you want to spend the rest of your life with.

“My mother tries to pressurise me into marriage but I know how I calm her down. I would want my wife to be God-fearing and good looking because I have worked hard to the stage that I deserve a good looking woman.”