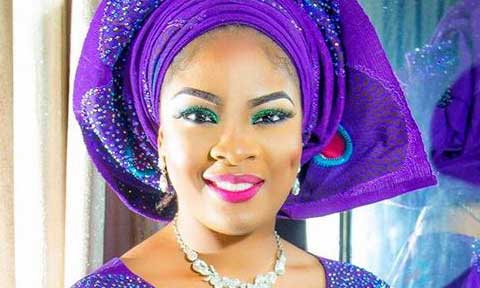 Today the stepping stone called Jide Kosoko (her father) seems to be turning into a stumbling block as the dimpled chick actress is fuming about the jealousy and hatred she experiences from some of her colleagues mostly the younger generation of talents but the controversy prone star says she is not moved by all this because she knows she benefited from her father’s fame but she also had to prove herself.

According to the actress, some people might just see you and for no reason, they will start giving you attitude just because she is “Omo Jide Kosoko”.-meaning Jide Kosoko’s daughter.

like the actress said, she does not care and one of the reasons she doesn’t care about the negative attitude directed at hers is because these people are upcoming actors who feel she’s hiding under her father’s covering, but then again, they probably do not understand the hard work she invests in this craft of hers to ensure she is commended not for her father’s sake but for her individual contribution.

However it is key to note that Bidemi has been in the news for the wrong season than for her exploit in front of the camera aside being accused of sleeping with married colleague Ibrahim Chatta and recently She was accused of having an affair with Omotoyosi Rasak. He is the husband of Bose Alao Omotoyosi, a colleague of Bidemi Kosoko.

One anonymous person just sent few messages to Bose Alao, where a detailed information about Rasak`s affair was revealed. Bose Alao even posted her chat with this anonymous person on her Instagram. Bidemi Kosoko denied all accusation of her sleeping with Bose Alao`s husband. Still, the scandal keeps gaining momentum. Bidemi Kosoko Way of Life Despite her recent scandal, she is a credible actress. Its certain that she is the true heir to her fathers acting legacy.

READ ALSO: Baba Suwe Enjoyed Himself While in our Custody…NDLEA Fires Back

“My father was not always around. But my mum was quite worried when she observed that I was coming home late some nights. One day, when she asked me where I had been, I told her that I went in search of my destiny,” he said.

The actor is still holding on to his stands that he never married his British wife for any incentive as he said it was for love and happiness but the issue of the British woman refusing to relocate to Nigeria is what killed the marriage© Nigeriafilms.com