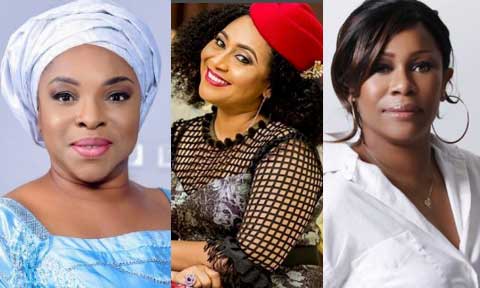 Emeka Ike is one actor that many movie lovers wouldn’t forget in a hurry. He was a toast of the industry in the early 2000s. Often cast as a lover boy, Ike was that actor that many loved to hate because of his brash characterization of roles.

However, the actor has been absent from the silver screen for some years now, even though he was the president of the Actors Guild of Nigeria at some point. The actor also owned a school which was shut down some years ago.

In a chat with Sunday Scoop, the actor maintained that his business activities have been keeping him busy. Ike said, “I have many investments. I own a TV channel on TSTV and we will be going on Startimes soon. I used to own a studio in Surulere, Lagos, but it has been closed down. I also had a school, St. Nicholas College, which was one of the best in the area but my ex-wife shut it down on the day I traveled out of town. Our former students are doing very well in different parts of the world right now based on the foundation they got from the school. A professor recently called me from America and said he was amazed at how I was able to run the school so well.”

The Not Man Enough actor added, “A school is a very capital intensive business and I spent well over N400m to run it. All the money I made in my youth was invested in the business. I stopped acting in movies because I had become a CEO and money maker. I didn’t see any reason I should continue going on set to make the kind of movies we were making them. The people who think I went into business because I stopped making money from acting can continue believing whatever they want.”

Popularly called Iya Rainbow, Idowu Phillips was an absolute delight whenever she appeared on the screen.

Loved for the energy she infused into playing her roles, it was evident that she knew her onions when it came to make-believe.

However, she abruptly exited the scene and many of her fans wondered why. She is now a cleric and in a chat with Sunday Scoop, she insisted that she was fulfilled with her current role as a woman of God but she still missed her days as an actress. She said, “I’m still interested in acting; and as long as I am alive, I still have action in my body. If anybody calls me, I can act in any type of movie except as a prostitute, and I can’t put tattoos on my body or wear short, revealing dresses. I really miss my acting days. When we go to locations to shoot movies, we enjoy ourselves and interact with friends. We sleep in hotels and eat whatever we like in a relaxed atmosphere. I also enjoy myself in the church, but we do more of fasting and praying, and lots of vigils.

“It is the work of God that I’m doing now. I go from mountaintops to pray, to America, London, Canada, and other countries to minister. I find joy in being in the ministry. It is easy, and at the same time, not easy because it is a congregation of different types of people. People come to you with various problems, and it is my prayer that God should intervene in whatever issue they bring to me.”

Meanwhile, she recently returned to public consciousness in a television commercial for a telecommunications company.

In the nineties, Daniel Wilson was one of the biggest artistes in the country. His song, Mr. Ragamuffin, helped to cement his popularity and he was the favorite of many music lovers of that time.

However, his career failed to evolve beyond the nineties and not many people know what he has been up to since then. The singer has since delved into different spheres of business. He has been involved in manufacturing, advertising, and politics. But the most notable of his business ventures is a bakery which is owned by his family.

Speaking about his business concerns in a recent interview, he said, “I started by managing a food business that my late dad left behind. I got into it with my brothers and we took it from one industry to about 11 industries. We spread all across Nigeria and we had factories in places such as Ilorin, Niger, Edo, Cross River. We were practically the biggest bread and confectionary makers in the country. We went to bread fairs around the world. Then, I moved into making plastics. From there, I went on to own an advert company and secured different contracts. At that point, the kids had started coming and there were bills to pay, so one had to be creative and start doing a lot of businesses to keep them going.”

Singer, Chinagorom Onuoha, aka African China, thrilled a lot of fans with hit songs such as Crisis, Mr. President, No condition is Permanent, among others. However, after he was involved in an alleged rape scandal in London, his music career experienced a decline.

Not one to stay down, the singer has since diversified into other areas of business such as running a salon.

In a chat with Sunday Scoop, he explained why he decided to become a businessman. He said, “It is always good for an entertainer to have other business. Even up and coming artistes need it so that they don’t have to rely on promoters, friends, and family to fund their music. In showbiz, you cannot be there forever; so you need to have others. Doing so, you wouldn’t be stuck.

“My businesses include a salon, boutique and I’m into real estate. I also have an entertainment outfit and I rent out sound and stage equipment. Right now, I’m planning to bring in more cameras for movie productions and other things.”

Insisting that he didn’t diversify into other lines of business because his music career wasn’t doing well, he said, “People who think like that are myopic. And you will find out that such people don’t even have anything of their own. If someone like Jay Z, Jenifer Lopez and P-Diddy can have a clothing line and other businesses, who am I not to toe that line?”

Michael Stephens, aka Ruggedman, undoubtedly redefined rap music in Nigeria. With hits such as Ehen, Peace or War, Baraje, among others, many looked up to him to go international with his craft.

However, the rapper seemed to run out of steam after his 2007 album, Ruggedy Baba. Perhaps distracted by his beef with 9ice and Mode 9, the rapper didn’t pay much attention to his career. The emergence of younger rappers also contributed to his decline.

But the rapper has always been business-minded. Even at the peak of his career, he launched a clothing line, Twentieth September Wears, and he has since invested in other streams of income.

Telling Sunday Scoop about the businesses he is involved in, he said, “I own a virtual soccer gaming brand called Rugged Premier League. I also host events and TV reality shows. Only ignorant people would say that I went into business because I was no longer making money from music. I started working on Twentieth September Wears in 2004/2005. Some of the shirts we used in my videos, Peace or War and Baraje, of many years ago, were made by TSW. A lot of people are quick to say things despite the fact they cannot prove it or how silly it sounds.”

Actress, Bisi Ibidapo-Obe, shot to limelight with her role in the movie, Bisi Omo Logbalogba. She appeared in a lot of movies after and many expected her to build a lasting career. However, she abruptly went out of circulation and stopped featuring in movies.

At a point, she was reported to have had a baby for a controversial lawmaker, Senator Dino Melaye.

Some years ago, she established an adult shop, where she trades in lingerie and sex toys. In a chat with Sunday Scoop, she maintained that business has been good and she enjoys what she is doing.

At a point in the nineties, Liz Benson was practically the biggest actress in the country. She dominated the movie industry and appeared in the majority of the movies produced during that period.

Known for movies such as True Confession, Witches, Diamond Ring, Chain Reaction, among others, she had movie lovers eating out of her palms. Loved for her sterling interpretation of roles, she won many awards and garnered a lot of acclaims.

However, when many were expecting her to continue soaring, the talented actress took a bow from the industry.

She is now an evangelist and lives in Delta State with her husband, who is also a cleric.

Hilda Dokubo was one actress whose portrayal of roles was always so believable that viewers were often confused as to whether she was acting or being real. She seemed to be able to cry on cue and the range of emotions she displayed endeared her to many fans.

With movies such as Without Love, Jezebel, Evil Passion, End of the Wicked, Onye-Eze, among others in her kitty, Dokubo was a delight to watch.

However, she took a long break from the industry and newer stars have since overtaken her.

She once served as a special adviser on youth affairs to a former Rivers State governor, Peter Odili. She is also a cleric and an activist.

Former actress and beauty queen, Regina Askia, was the delight of many whenever she appeared on movie screens. The one-time Most Beautiful Girl in Nigeria commanded the attention of many with her beauty and her face helped to sell lots of movies back in the day.

However, she took a bow when the ovation was loudest and relocated outside the country. She currently lives in the USA and works as a family nurse practitioner. She is also a healthcare and education activist, television producer, writer, and public speaker.

Obinna Nwafor, aka Saint Obi, was the quintessential bad boy in movies. Talented and prolific, he was the first choice of many movie producers and directors.

He made waves in movies such as Sakobi: The Snake Girl, Fantasy, The Final Battle, among others.

However, it’s been a while since the actor appeared in a movie. Not many people know that he is now a singer, consultant, and social crusader.