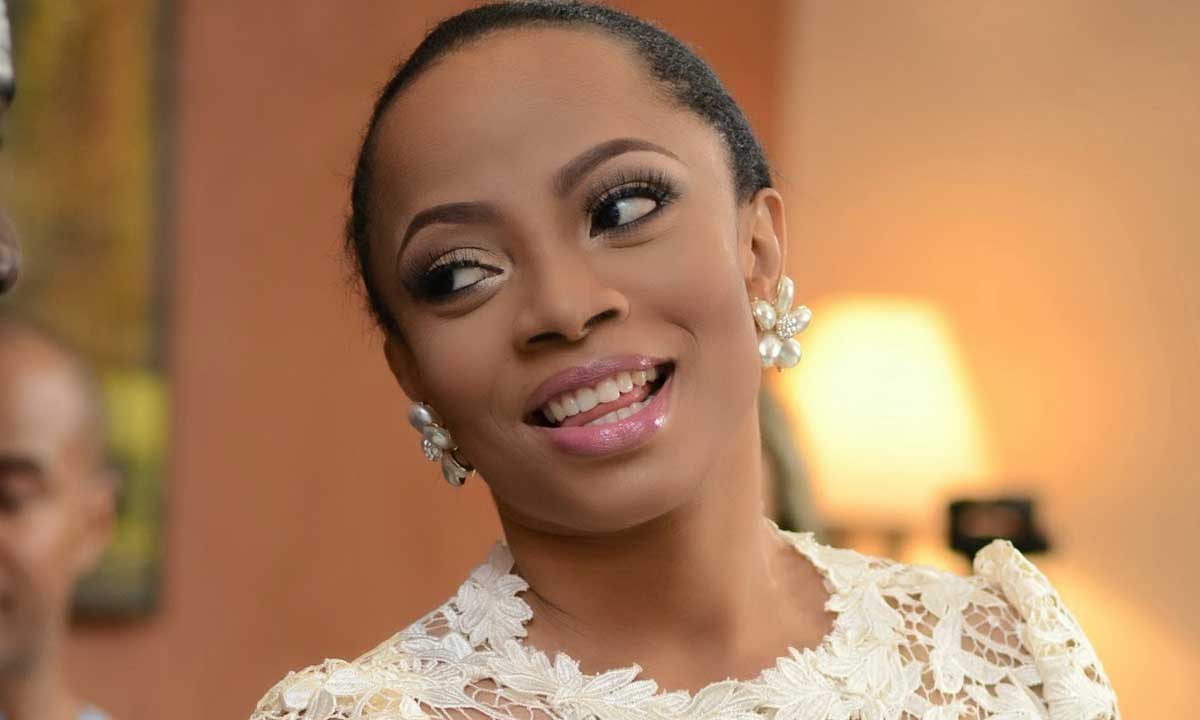 Some fans commended her and encouraged her to move ahead with her lifes while some where so furious at her as to why she has to go to far to belittle her self.

@FuxkSallieMae: “Everyone is talking about Toke’s book. That’s how u write a good book!! Especially in this era where no one reads books these days.”

@OgbeniDipo: “Toke Makinwa is very smart. Making money from her own story. Book will be available all over Africa. Go girl! Move on, rise and shine.”

@topeolowu: “This Toke’s story makes me shudder as a mother…I just hope my girls’ do not feel a man’s validation is that vital.”

@Echecrates: “I hope Toke put “Men are trash” in the summary page of her book.”

@Topson007: “Something that aunty TIWA dnt collect 1kobo to gist us ,aunty Toke is now writing a book on ,Yoruba body, Igbo mind.”

@MOwojuyigbe 1: “Upon reading the book ‘On Becoming’, you might be tempted to believe everything you have read about #MajeAyida & ask why #Toke stayed.”

@UcheBriggs: “When one bleaches, one has to continue it consistently, no? But Toke wants us to blame Maje for looking like Snow White after the divorce.”

@Kuchiiiii: “Toke is brave o for letting the whole world read her foolishness.”

@DrOlufunmilayo: “But if Toke wrote a book, where will Annie Idibia start from? Hers will be like Harry Potter. Seven books won’t be enough.”

@MgbekeFF Wait, when Toke asked maje to leave after she found out that a woman was pregnant for him, he asked to eat before leaving? Lmaoo. Wow.”

@KingUcheOdoh: “Nigerian men out here praying Maje comes out to say Toke wasn’t cooking and cleaning for him so they will have a field day of i told you so.”

@loyeloves: “If some of all y’all don’t learn from Toke Makinwa’s #OnBecoming, I really don’t know what will help you. Women need to support other women!”

@BabajideFadoju: “Toke is so perfect She’s the perfect woman She can do no wrong Maje was definitely the devil in that relationship. He was the chief scum.”

@UnJamal: “I’m just surprised Toke Makinwa was dealing with that much bullshit from a man at the same time running a vlog for relationship advice.”

@msredlippie: “My friend just said ‘Toke is making us pay for what Tiwa gave us for free’.

@KingUcheOdoh: “You mean to tell me that Maje impregnating a lady while still married is not enough, you still want to hear his side of the story lmao ok.”