Details
Nigeriafilms.com
The Owl's!
5 years ago 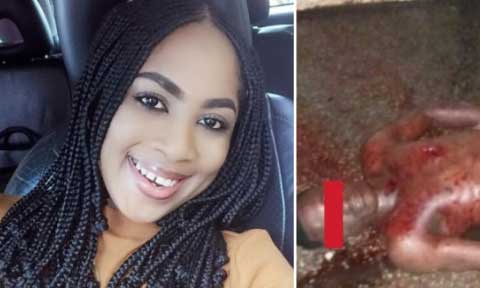 The star of “Ije Ego”, took to her social media page to lament the death of her cousin, Mmesoma, who she said died because of his stubbornness. The light skin actress say Mmesoma was born after 22years of marriage and was loved and pampered by his nuclear and extended family but he chose to pay his family and parents back with stubbornness even to the extent of beating his father and mother whenever they tried to correct him.

She said the death boy frustrated every effort the parent made for him to go to school and chose to be a conductor and cultist, choices that ended his life at the age of 20.

She wrote “so I just got this heart breaking pictures and call….this is my little cousin Mmesoma Igidimba…first fruit of his parents. Came into this wicked world to wipe away tears and shame from his mother after 22 years of childlessness.. Brought fought another boy and girl as his siblings. He brought fortune for his parents everybody will say…yes , but no…Mmesoma go to school-No. Learn a trade No.

He preferred to be a bus conductor. At 15 he was a dreaded cultist in Onitsha. Always fighting and putting his parents in trouble and police cases, beating his father and mother whenever they scolded him for for coming home at midnight. Always making his poor mother wish she had remained childless. ..what kind of sorrowful world is this…I write this with tears in my eyes because this boy was cherished by nuclear and extended family and got all the love I child could get.

So do not even think he lacked home training but he chose his destiny and fate …I wish I was not feeling bad, no how can I not, this is my little cousin whom I bathed and played with.

He how violent and fought all through his short life and now fighting has claim his life. @20 leaving his poor parents in sorrow. My advice for you reading this is, choos your fate and destiny wisel, because that decision is solely yours . say no to cultism, say no to violence .

She revealed that at the death of Mmesoma a young producer sent five tracks that the late young man had a recorded but never told any family member he was into music music, she admonished her fans not to feel pity but should tell astray child this story so they can learn from it.