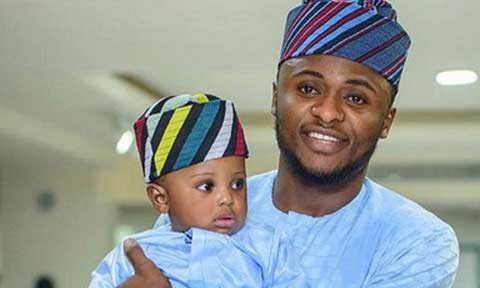 Ubi Franklin, the chief executive of TripleMG, shocked his fans and friends alike on Thursday when he shared a personal secret on the social media.

Ubi, in a statement posted on his Instagram account, recounted how, between July 2016 and March 2017, he struggled hard to overcome bouts of depression that nearly pushed him to commit suicide.

During that period, he noted, his life took a turn for the worse and he practically lost control of his actions.

“I was quite depressed and it became so bad that my life began to deteriorate so much that I literally couldn’t eat nor sleep and other members of my family and my close friends became really scared,” he said.

Ubi said that he was in such a bad shape emotionally that he paid regular visits to the hospital in search of a solution to his depression.

Also, he kept on showing up at events looking lost and drained. But he was only just pretending that everything was alright and nothing was wrong with him. 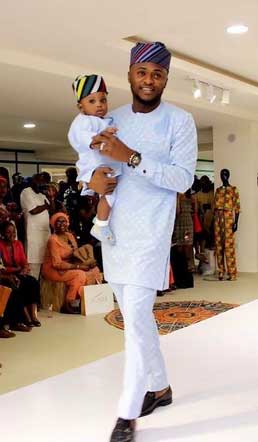 The music promoter added that at the peak of his struggle to shake off depression, he decided to indulge himself by purchasing a state-of-the art car that he had always dreamed of. But the strategy failed. “I had thought that the depression would stop at this point, but, to my dismay, it didn’t. Even after I finished paying for my mortgage, it grew worse,” he wrote.

On his way home from work one Saturday night, Ubi recalled, his head was filled with thoughts of suicide. The urge to take his life had suddenly become quite strong. But he managed to shrug it off by thinking about his son’s welfare and future.

“I was so scared and all I kept saying and asking myself was ‘Who will take care of my son? I got home and started acting in a funny manner. My security guard had already turned on the generator. I screamed at him to turn it off that I needed some peace and quiet. I was in that dark house all by myself and everything was falling part,” he said.

Acknow-ledging the role played by members of his family and his close friends towards his recovery, Ubi said they did a lot to lift up his spirit in his dark moments. But the real solution to his predicament came when he finally realised that he was carrying a “baggage” and all that he needed to do was pray his way out of depression.

Advising his fans, friends and colleagues to fight depression with prayers, he wrote, “Brothers and sisters, I want to admonish you today to pray fervently . Don’t let anything or the Devil to break you. I assure you that some things won’t matter after some time.”

Although Ubi did not mention it in his post, some Nigerians have speculated that his encounter with depression was remotely triggered by the breakup of his marriage to Nollywood actress Lilian Esoro. Although they got married in November, 2015, the union only lasted a year.

Below is the full text of what he posted on Instagram: 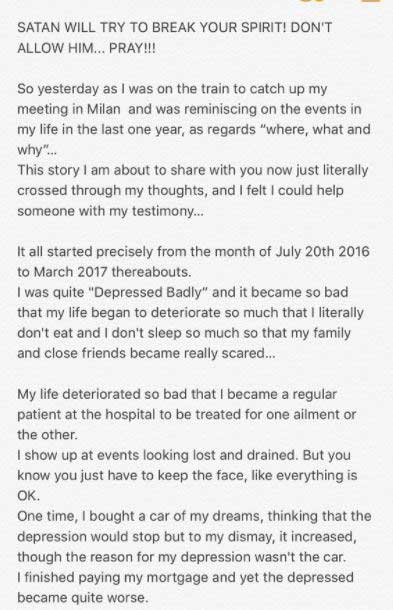 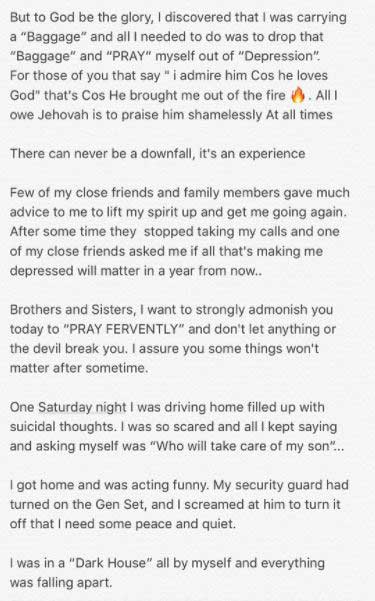