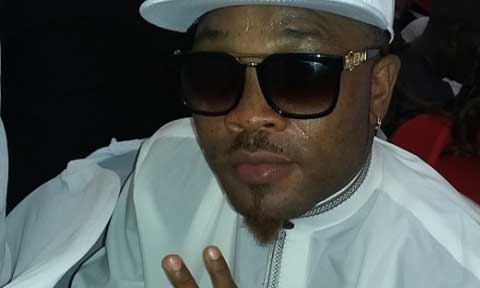 However, not much is known about his personal life. Many don’t even know whether the No Condition is Permanent singer is married or not.

Sunday Scoop can authoritatively reveal that African China is very much married, though he is keeping the identity of his immediate family very close to his chest. Prodded to respond to why his wife stays outside the country, he said, “The reason many celebrity marriages fail is because the people involved often forget to leave their celebrity status outside the door. There is a lot of ego play and this undermines relationships. I do not want my wife’s face to be everywhere, then people would begin to say all sorts. I am very certain that most people in the industry don’t know what my wife looks like. We planned it from the onset that my wife and children would stay outside the country, while I would remain here to hustle.”

On how he copes in her absence, he said, “I simply go over there to meet her anytime I miss her, or feel like seeing her. Though it may not be as often as I want but anytime I’m free, I just travel without letting anybody know my movement.”

As a well-known face, it is certain that a lot of ladies would want to be around him, so how does he cope? He said, “None of these girls know that I and my wife live apart; I keep it low key. It’s just that you’re the one that would expose me now, and if I didn’t tell you, you wouldn’t even know. Whenever people ask me, I usually tell them that I’m living with my wife.”

Speaking on his status in the industry, he said, “People accepted my last song, Letter to Mr President, with open arms. I only touch on love occasionally, but mostly I sing about things that are affecting people in the land. We need to tackle the issues on ground, or they would always be there. Nobody is going to do it for us. And that is why my fan base is unbeatable. They have been loyal ever since I came on the scene; there’s nothing you can do to chase them away. And that is why I hold my fans in very high esteem.