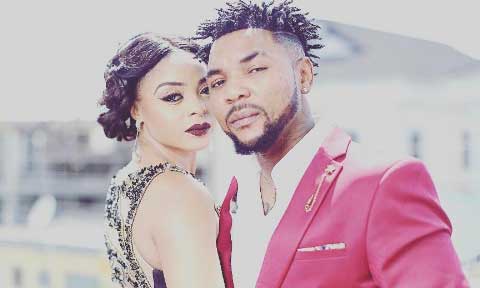 Oritsefemi who is currently planning an elaborate white wedding scheduled to hold on November 25, 2017, with his PR executive wife, Nabila Fash has opened up on how they met and how he managed to win her heart despite being a street boy.

”I met her at a show in Nigeria. I had just returned from a tour in 2016 when I was hired by MultiChoice to perform at an event. When I was backstage with Daddy Showkey and other colleagues, she was the one attending to the needs of everyone.

Despite her beauty, I also liked the way she related with the artistes at that event. I was far from her, so she didn’t notice I was observing her.

After my performance, they invited us upstairs for a certain Nabila Fash’s birthday. I didn’t really show interest because I was tired and I didn’t know she was the one. When I saw her pictures the following day, I wished I had attended the party.

The event lasted for five days; we moved from one place the other. I knew she was a nice lady and I felt terrible that I didn’t honour her birthday invitation.

We later met backstage at the next day’s event. The first event was held in Port Harcourt while the other was in Enugu.

I introduced myself to her and she did the same. From the outset, she knew I wanted something from her. She told me she was not my kind of person, but I should let her know what I wanted.

When I told her I wanted to marry her, she thought I was joking. She said she knew Oritsefemi’s music but didn’t know the person behind the music. She said she needed to know me more before she could say a word.

To cut the long story, she thinks I am down-to-earth regardless of the fame and she feels she can handle me.

She had already taken her time to know me more before she started hearing negative things about me. All that she later heard didn’t change her perception of me.

How did a street boy get to convince an educated lady like her?

Most women are very intelligent. But I have always told God that among these intelligent ones, I need just one to stand by me for the rest of my life.

The Nigerian sensational musician secretly got married to his Kaduna-born boo at his Lekki apartment in April this year.