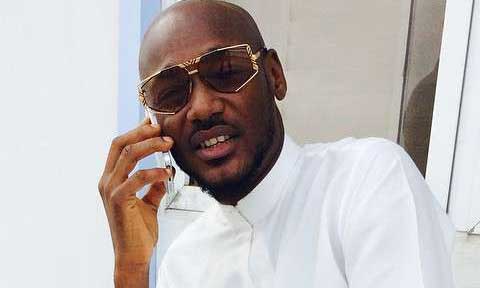 2baba Idibia rarely addresses all the insults thrown his way, but he is not keeping quiet after former Platashun Boiz singer Blackface shot yet another dart in his direction.

Speaking on Pulse NG podcast recently, Blackface attempted to dismiss 2baba’s career, saying that the legend made better music when he was with Plantashun Boiz and has done nothing for the Nigerian music industry.

Their feud has been dragged on for too long after Blackface blamed his former colleague of killing his career and also alleged that 2baba stole his song. Earlier attempts to resolve their differences failed because Blackface kept returning to diss the African Queen singer.

Similarly, Eedris Abdulkareem, who disappeared into oblivion years ago, has been taking shots at the legendary singer, and all this while, 2baba ignored them.

Here’s what Eedris said of 2baba in his September interview with Goldmyne TV:

“You must be stupid, you are my friend but i no send you. Because your name na 2face that means your life is two, one here and there. I don already know u tey tey that how fake u are.you are two person, but that your friend will have problem and you will not forget about what he has done to you and see it from the aspect that God is trying use u and see wassup with you.

“Show your brother love he needs you because na blackface bring you, na him form the Plantashun Boyz. Na blackface na him write most of the songs. That enough is for you to use your head and say omo na my brother be dis no matter how it is i have to keep it real.”

Well, 2baba is not keeping quiet anymore because he has just taken to his Twitter to shade them for having non-existent careers.

Here’s what he said;

“Dear blackface and Idris. As na una sabi music pass make una do the music
and stop talking nonsense all the time.

“I’m too busy so this is the only advice and response you’re gonna get from me: una fit resume una nonsense rants,”