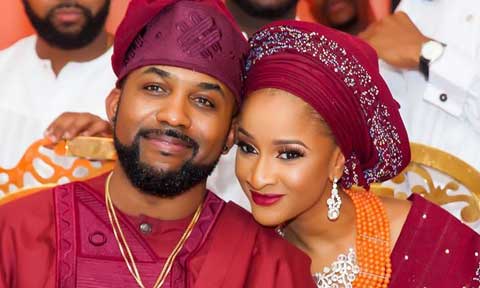 Expressing how excited he is to have her as his wife, he wrote;

”???????‍?? I feel like I married the most beautiful lady in Nigerian history. Inside and out. Pls argue with ya ancestors.
Congrats on the new cover”.

Meanwhile, Adesua recently applauded her hubby, Banky W for his reply to the stalker who shared a video of him driving in his 2008 Range Rover.

Trust my husband to make lemonade out of Lemons. This isn’t a response to the ignorance. This is a write up of life lessons. Beautifully written baby. ?

The stalker, a female, said at his level, he wasn’t supposed to be driving such a ride. Banky took to his blog yesterday to reply her. 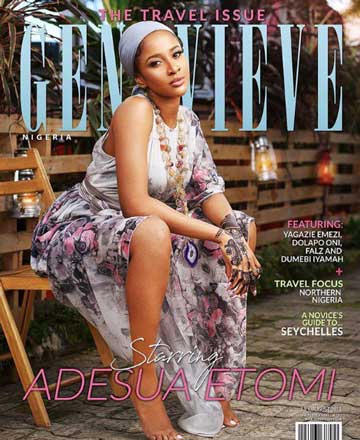 “Dear Stalker, In response to the cringe-worthy, creepy video you made about my wife and I, I think there are some things you need to know. First of all, poverty will never be my portion in Jesus name. Also, it is a 2008 Range Rover Sport, not a 1999. Amen and Lol. Oh, and additionally, it’s currently for sale to the highest bidder. I had decided last month that I’d sell it, and whatever I got for it, I’d hand over to the “Vocational School for the Blind” in Oshodi and the “Pink Oak Cancer Trust Fund”.

“My Aunt volunteers at the school, and she reminded me that they were still trying to raise some money to care for their students, so I came up with a plan. I told her that I’d give my followers the background history of my old car, and get all my celebrity friends who’d sat in it at some point or another to autograph it, and then put it up for an online auction. I figured that since I didn’t need the money from the sale to buy a new one, we could just auction it off and hopefully raise a decent enough amount of money to give back to those in need. 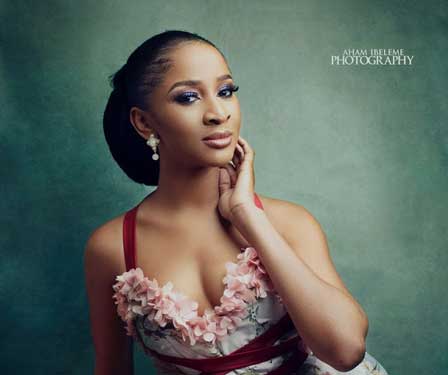 “You see, I’ve never found it necessary to own more than one car. Mostly because I can only ever DRIVE one car at a time; and when I bought the car in 2011, I promised myself that I would never buy another car until I owned the home I live in. To me, owning a nice car might help me LOOK like I was doing okay, but owning a nice home would help me KNOW. The way my mind is set up…what good is owning a Rolls Royce, if I’m still paying rent on the house I park it in?

“Over the years, as my car went from being kind-of-trendy to being just plain old, people around would occasionally wonder out loud about when I would finally buy a nicer one; I’d just smile and say to myself “not until I own my house”. I eventually did buy an additional much smaller car (a Kia), but that was only because I wanted to use it on “Uber”, so my driver could earn extra bonus money for himself and us, in his free time. I wonder how shocked and horrified you would have been if you’d seen me driving that smaller car instead (which, by the way, I do drive, occasionally). 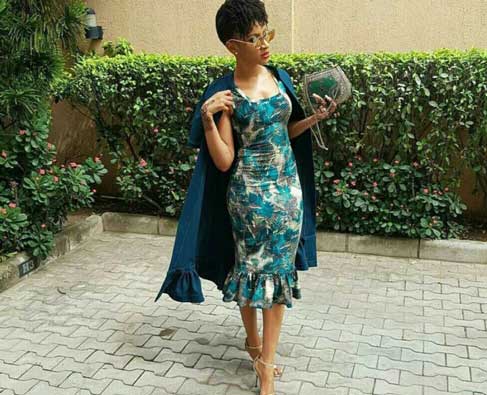 “You might be happy to know that I’ve now FINALLY ordered a newer, nicer, personal car, and my wife has too. We paid for them a month ago, but we will probably never show them to you, because we don’t want you to stalk us again, but also because that’s not really any of your business – much like my old Range Rover wasn’t. The cars we are getting are relatively new this year, but the way my mind is set up, we will probably drive them for as long as possible, until we have stashed away enough money for our future kids’ complete University Education, and until we have secured a hell of a lot more real estate for them to inherit. I’m not sure how long that will take…I’m just grateful that my wife’s mind is set up a lot more like mine, than yours. 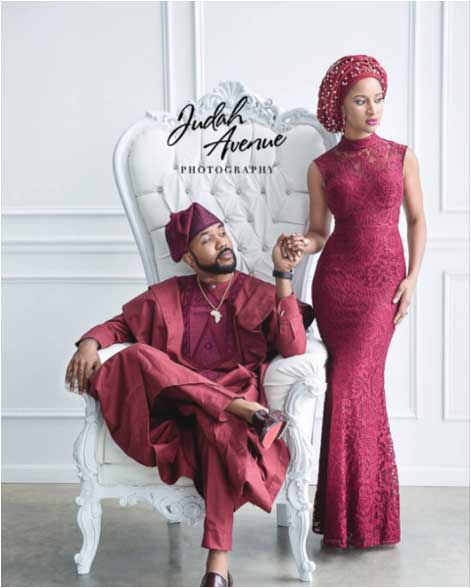 “With that being said, dear stalker, since you’ve taken it upon yourself to help me advertise my old car, I just thought it’s only fair to let you know that it’s available for sale and that you can be its next proud owner, should you decide to bid on it. You’d be bidding on a piece of Nigerian Pop Culture history, because the car will come complete with a portrait of my wife and I, and the car & portrait will be autographed by every celebrity friend that I can get to. Everyone… from Wizkid to Tiwa Savage, from 2Baba to Toke Makinwa… from Ebuka to Kemi Adetiba… everyone has been in that car, and I’m gonna try and get them to sign it. More importantly though, if you buy it, you’ll be helping me raise money for the “Vocational School For the Blind” and for the “Pink Oak Cancer Trust Fund”. 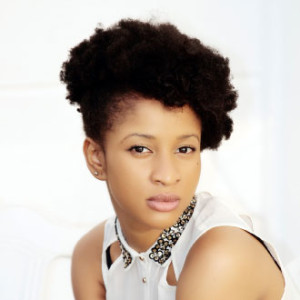 “See, there’s a difference between you and I. You look down on people because of what YOU THINK they can or can’t afford. You clearly believe that a man’s worth should be measured by the car he chooses to drive… but I think differently. You would actually look down on the very same people that I’ve looked up to for years. Warren Buffet drives a Cadillac he bought about 7 years ago. Mark Zuckerberg drives an Acura valued at about $30k. Alice Walton (the world’s wealthiest woman) drives a Ford F150. Ikea’s founder, Ingvar Kamprad, drove a 1993 Volvo for over 20 years until someone convinced him that driving at 91 was too dangerous – oh, and he probably doesn’t know the way to the Gucci store, because he buys most of his clothes from the flea market. Google them. All of them drive “old” cars. But all of them are billionaires who’ve built up their fortune while giving back to society and building up the people around them. 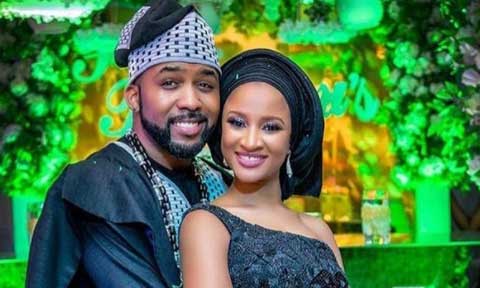 “I believe that true greatness and success shouldn’t just be measured by what you are able to get… but also by what you are able to give. While driving my very-old car the last few years, I’ve spent a lot of my time giving to the people around me and giving back to society to the best of my ability. The fact that you’re able to spend time mocking and stalking me outside a grocery store, says a lot more about you than it does about me. I’m just out here minding my business, building my homes and my fortune, while also trying to build up as many people as possible. You should consider doing the same. Sincerely,~ B.W. #TheBankStatements.” he concluded.