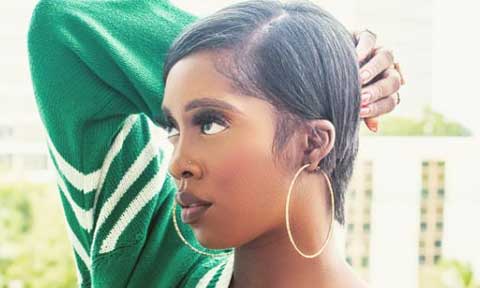 Despite the ‘Lova Lova’ singer being listed on the song’s credits and Ciara acknowledging her on Twitter, a section of Nigerians on social media insist the American singer did not take permission for the sampling.

“I’m not at liberty to discuss it right now,” Savage said when asked to clarify the incident in an interview on SoundCity FM on Tuesday.

Tiwa went on to say she has “written for other international artistes before but they haven’t sampled my record”.

When asked about her relationship with Yemi Alade, the ‘Lova Lova’ singer said, “there’s no bad vibe between us”.

Fans of Alade and Savage regularly pit the two singers against each other, sparking rumours of a discord between them.

Tiwa also spoke about the terrain of the music industry for female artistes. She said women are still able to build successful careers despite having to work “ten times” harder than their male colleagues.

“There are a lot of female artistes and they are not getting airplay and they get their videos played on TV,” the singer said.

“I don’t think that’s the fault or the female artiste of their management.

“I think, especially in Nigeria, or in Africa, we are just accustomed to male artistes. We’re accustomed to their sound, their brand, their lifestyle, everything.

“We’re accustomed to them being stars and that just needs to change. But I think a lot of females are doing it.

“They are working ten times as hard but they are still doing it.”

Tiwa bragged about her work ethic, saying she gets an average of “three to four” hours of sleep daily.

“I work a lot, I work hard and people around me know,” she said.

“I’m not even exaggerating, I probably get three to four hours at most of the sleep in a day.

“I’m in the studio. Even if I’m not recording I’m sleeping in the studio just absorbing sound and just being around that environment.

“I’m also very discerning. I watch people, I watch their strategies. Not that I would copy what this person is doing but I’ll be so inspired (and) that will make me do it in my way.”