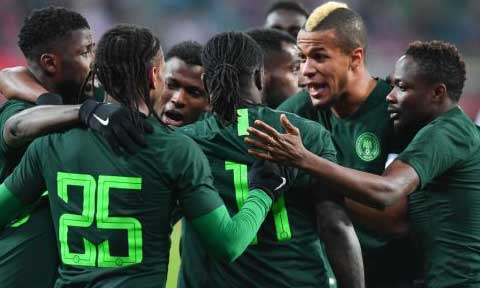 Goalkeeping: Neither Ikechukwu Ezenwa nor Francis Uzoho have convinced in Carl Ikeme’s absence, and even though the youngster seems to have Gernot Rohr’s trust right now, nothing is set in stone. Nigerians, though, still seem unconvinced with the Deportivo La Coruna shot stopper, and you get the feeling they’ll plump for the home-based Ezenwa were it up to them.

Central Defence: The duo of Leon Balogun and William Troost-Ekong have been dubbed the ‘Oyibo Wall’ for their solid performances in the green of the Super Eagles, but you get the sense that an injury to either player could leave the West Africans in dire straits. Balogun missed out against Serbia and his absence was telling. Chidozie Awaziem (who replaced the Mainz man against the Serbs) and Kenneth Omeruo don’t quite convince as the aforementioned duo and you wonder what will be running through Rohr’s mind if either Troost-Ekong or Balogun picks up an injury.

Defensive Midfield: Wilfred Ndidi and Ogenyi Onazi do a fantastic job of shielding the backline in the double pivot, but, they lack certain technical skills to improve Nigeria's play in possession. The Super Eagles often resort to hoofing the ball upfield when pressed by the opposition which forces them back and consequently under the cosh. From a defensive point of view, an injury to either player (Ndidi, especially) could be fatal for Rohr’s side.

Attacking Midfield: Mikel John Obi’s absence in this week's internationals saw the African giants lack a certain level of cohesion and fluidity. Nigeria’s play suffered badly, and they struggled to create quality chances across two games. Kelechi Iheanacho and Joel Obi were deployed in that role against Poland and Serbia respectively, and neither seemed convincing in both games. Clearly, the side is heavily reliant on the Tianjin Teda talisman, and will hope he’s fit as a fiddle coming into this summer’s competition.

Centre Forward is another position that’s given Rohr cause to worry. Odion Ighalo seems to be first choice right now, but he doesn’t quite get enough goals upfront to justify his continued inclusion in the side.

Rohr has experimented with the position lately, and his decision to deploy Ahmed Musa as a false nine against the Serbs was unexpected, but offered a different approach from the Super Eagles. Nigeria will need goals in the summer, and they’ll need their top striker (whoever Rohr picks) to chip in with his fair share.