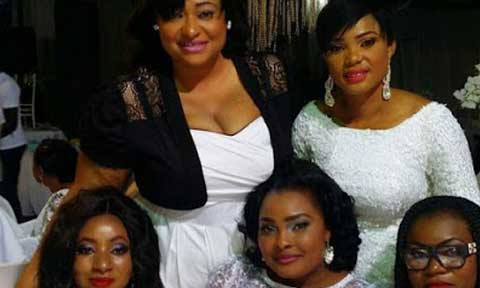 I have 100 percent Yoruba blood. I also believe I qualify to define the qualities of a Yoruba woman based on my aristocratic background (it is not a sin to say a dead man is dead).

1. ONDO STATE women are very troublesome, PROUD (you can see the pride is in capital) , if you offer an Ondo state woman money for s*x she will insult you, she will rather have s*x with you for free at her own convenience than have you lure her with money.

They can be very rude if pushed to the wall, often times extremely pretty, very wild, well educated, cultured and known to be experts in making pounded yam. It is rumoured that Ondo town women eat dogs which make some of them highly promiscuous (This is an Ondo parable). Owo, Akoko, Idanre, Ilaje women can be whimsical but innovative. The typical Ondo woman has a BSc degree and is willing to learn more. They make good wife's and bad enemies, they are also professional gossips.

2. OSUN STATE These women are rumoured to be the most beautiful in Yoruba land, Ile-Ife women are very pretty, they look like Nefertiti the Egyptian queen, while Ijesha women are very intimidating, they are proudly beautiful, pulchritude is their second name. They are not as educated as Ekiti and Ondo women but sophisticated, cultured although a large number are known to be alcoholics. if you are looking for a perfect date with plenty of booze try an Ijesha woman or ile ife woman.

The best quality of an Osun state woman is her access to the palace of Ooni which makes them respected. I forgot to mention, in Yoruba land, we don't have the word twerking but I hear if you try an osun state woman, her twerking skills can make you commit adultery.

3. OYO STATE Alafin and Olu Ibadan daughters, they are female warriors, they are the most local out of all Yoruba women, when I say local, I don't mean it in a bad way (Please don't crucify me). I mean an Oyo state woman, mostly Ibadan are known to be very in touch with the the Yoruba language, they seem to have a better hold on Yoruba than other languages, they have a few popular statements ' Ose se, Omo wa ni e je o se, Omo Ibaden, in the first republic a Prominent Ibadan Politician Adegoke Adelabu used a unique word Peculiar mess to describe the Action group then , Ibadan citizens called it Penkele mess, they love yorubanization.

They are fighters, in ancient Yoruba history. The Oyo state woman fought some strategic battles. They make good wives, loyal if they love you, also crafty to a fault.

4. EKITI STATE The Ekiti woman is very educated, the least you can find is with a masters degree, not too sophisticated, but in touch with her intellectual prowess. no amount of education is enough for an ekiti woman, after a PhD she wants an MBA.

They are known to be light skinned, also very stubborn and proud. The Ekiti woman is not the best dresser or the best in table manners, but like I stated earlier if you love Education go for an Ekiti woman.

5. OGUN STATE The Ogun state woman is the most enlightened in Yoruba Land, the divorce rates are very high with Ogun state women, no-nonsense women, they have the white man mentality. Ijebu ode women are very expensive to marry because they are very ostentatious, flamboyant and colourful. The yearly Ojude Oba festival says it all, they love that life. I can't deny their beauty and flirtatious gimmicks, an IJEBU ode woman will get what she wants from any man if she wants to. Abeokuta women are very educated and sophisticated. In general, I believe ijebu woman are the best to marry if you have the money to maintain their lavish lifestyle but to their credit, they are very industrious and business minded. you hardly find a broke Ogun state woman.

6. LAGOS STATE Omo Eko woman is known to love owambes, they have an event every weekend if no party comes up, they create one, especially the Ikorodu woman . An ikorodu woman will throw a gratuitous 100 years death anniversary of her late great-grandmother. They love to gossip, also known to marry more than one man, they are very exposed and enlightened. The Lagosian woman will advise her daughter to dump her suffer head boyfriend and marry a more promising bachelor. They are very blunt, they are also known to date foreign tribes, they marry across Yorubaland, the most common quality of an Omo Eko is countless boy friends and sugar daddys but obviously not all. A proper isale eko woman cannot be cheated as she will raise fire and stand for her right. They are good campaigners and can gossip for a week nonstop. They go for what they want.

- Me I don't even know much about Yoruba women, wasn't born in Yorubaland. Lol!