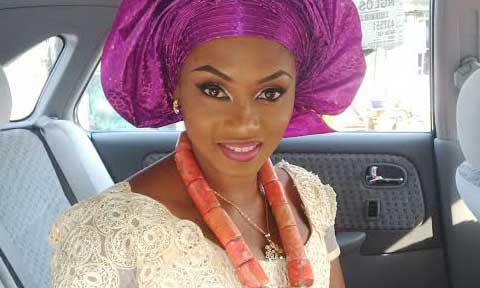 This event took place at the Itsekiri ancestral home Ode-Itsekiri( Big Warri) on the 10th of December 2016 where his majesty the Olu of Warri himself was present. Over twenty young ladies applied and were screened, only fourteen of them made it to the finals and a truly beautiful young lady Esimejuya Roli Kolo emerged as the winner.

A. I am Esimejuya Roli Kolo. I am a graduate of Business administration from Our Saviour institute of science, agriculture and technology Enugu.

Q. Why did you decide to enter for the pageant?

A. To explore new areas of possibilities.

Q. What was the journey into the pageant like?

A. The journey into the Warri coronation anniversary beauty pageant had a mixed reaction from me, maybe because it was the first time such a thing would be happening in Warri Kingdom and like every first event of such magnitude it carries with doubt and disbelief. Moreover considering the prizes to be won: a car, deep freezer and a generator without any sponsorship, it is only natural to doubt it.

Q. So what inspires your participation?

A. When I discovered the personalities of the promoters, I knew it would not be a wishy washy event hence I decided to take my chance. The rest they say is history. 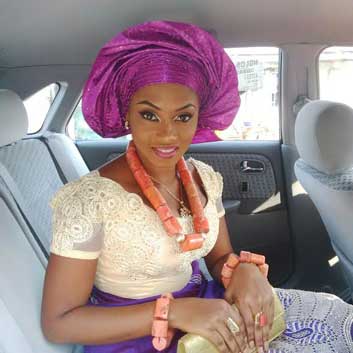 Q. Were you threatened by the array of other contestants?

A. I could not have been threatened because there was no cause for it. I just wanted to have fun. May be because I didn't see any competition from among the other contestants.

Q. You sound so confident, what is the secret of this confidence?

A. I was confident because I understood the focus of the pageant and I was prepared for it. Once I decided to participate having believed in its authenticity, I started researching and asking questions hence I was ready for the competition.

Q. How did you feel when you were announced the winner of the pageant?

A. I was overwhelmed with joy though I was not surprised because at some point I just said to myself it was a competition and one person had to be a winner. But then I was in shock for few minutes even I was crowned I was still in disbelief.

Q. Now that you are MISS IWERE 2016 what are the expectations?

A. I have become a pathfinder of some sort and I have to put on my thinking cap to come up with projects and programs that will impact on the Itsekiri girl child. To promote human capital development through capacity building to project the itsekiri language, culture, custom and tradition.

Q. What are your hobbies?

A. Singing and dancing.

Q. If you have the opportunity to play in the entertainment industry which area will it be?

A. Movies, music and fashion subsector.

Q. So you won a car as the star prize?

Q. Do you have any pet project?

I wish you a successful reign