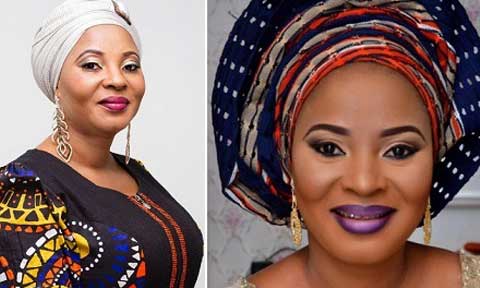 A statement by Moji burial committee quoted the family as saying younger brother of the deceased, Yinka Farinde, who received the autopsy report of the deceased disclosed that poison was not linked to Moji’s death.

The statement signed by Yomi Fabiyi, reads, “The attention of the Burial Committee of Late Moji Olaiya has been drawn to the rumour spreading around that the autopsy carried out on the deceased stated that the late thespian died of poison. It is a total fallacy.

“The family through this committee wish to vehemently state as follows:

“Late Moji Olaiya DID NOT die of poison and the rumour mongers should provide the autopsy report they are quoting from.

“The younger brother of the deceased Femi Olaiya who travelled from UK to Canada and top Nigerian promoter in Canada Mr Yinka Farinde monitored and recieved the details of the autopsy and nothing of poison is in the original autopsy documents with the family.

“Whoever is spreading the rumours is evil and have no respect for the dead. Karma like kinetic energy will locate and find such detractors, using the vulnerability and anonymousity of social media as a channel to perpetrate their motive.

“That we know BREAKING NEWS doesnt wait for no one but it makes more sense for the media and blogger to verify vividly the source of a news item and have documetary evidence or fact in sight before going to press.

“The family finds the rumour disturbing and see it as a deliberate attempt to frustrate the befitting burial they are putting in place for their beloved one.

“The accused women were of help to the deceased in terms of accommodation and so on during her lifetime in the same Canada and one of them has been taking care of the 2-months old child the deceased left behind as we speak. Any envious intentions against their persons should not degenerate to the level of spreading falsehood such as murder against. It is bizarre and appalling.

“The committee humbly again ask for total respect for the dead, family and women whose pictures had gone viral. Thank you for usual understanding and co-operation in this regards.”