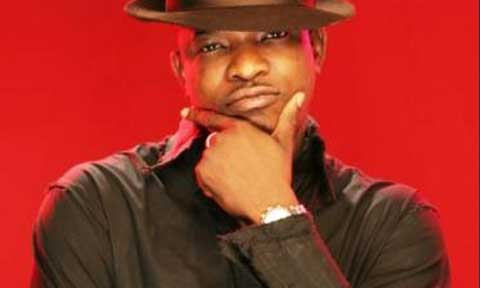 But then , some people felt the hit song which was released in 2010 was a fluke and the young man was flying on his father ’s wings .

However , the singer went ahead to release some other hit songs like You and Me , Forever , and Angel of my life . With these songs , he did not only prove that he was a chip off the old block but he also shut his critics up .

Just when music pundits were closely watching his career with the hopes that he may surpass his father ’ s achievement, the singer disappeared from the entertainment scene for over five years .

Within these years , different news about his whereabouts made rounds and the most popular was the news that the singer was diagnosed with cancer and was in South Africa for treatment.

According to Punch, contrary to the widespread information, he never had cancer .

He said, “ Those who believe that I have been silent on the music scene because I had some health challenges might be right .

Because of my health situation , I have been in and out of the country .

I cannot do music with a poor health and that has been a major factor for me. When I was ill, I never thought that I would recover not to talk about doing music again .

I had a major operation and had to go for a regular medical check - up every four to six months .

“ Although there were false reports that I had cancer , that was never the case as I was diagnosed with a tumour that grew on my kidney .

The tumour was so big that it overwhelmed my kidney and rendered it useless to the point that they had to take it out .”

He continued that he was not upset when the rumours went around town because those close to him knew better .

“ When I read that I had cancer , I did not feel bad because I knew the truth and so did the close friends and family members that rallied around me .

How many people would I have had to explain the real situation to ? Those who wanted to know the truth asked and I told them . Cancer is more or less like a death sentence , ” Paul Play said .

Even though it seems to have become a trend for entertainers with ill health to come to the public to solicit for funds to treat themselves, Paul Play didn ’ t subscribe to that measure when he was ill.

He told Saturday Beats how he was able to fund his treatment which ran into millions of naira .

He said , “ I was able to fund the operation because it happened at a time in my life when I was not broke so I was able to take care of myself .

It was an extensive treatment and people like Dr . Mike Adenuga were there for me ; I had friends who rallied around me so I did not have to go to the public to solicit for funds .

However, I don ’t chastise the people that do it because you have to stay alive .

“ The industry is full of assumptions and people believe that if a person is popular, he has the money to take care of himself .

But if such situation arises , the person has to come out and say it is beyond him. Things are not like they used to be .

Back then, some ailments cost about N 15 m to treat but now, a person may need to look for about N 50 m.”

Speaking about his performance at the recently concluded Africa International Music festival , the singer applauded the initiative of Wanle Akinboboye.

He said , “I thoroughly enjoyed my performance and time here. This is a beautiful initiative that would unite all African musicians .

Music is a weapon to lubricate unity , togetherness , brotherhood and stoke the ember of collective reasoning , communal bonding, and interest .

AIM festival made me feel vibes of Africa unity and its motherly conviviality through the beat and sonorous rhythm of good music which has no border.”