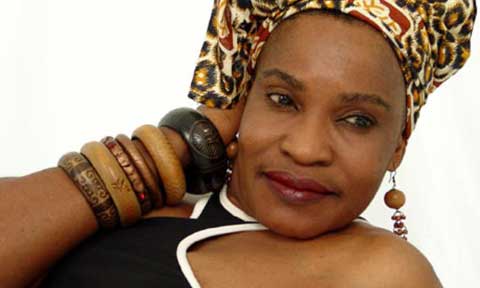 He currently needs over $ 100, 000 to carry out corrective surgery to his damaged urethra which has led to other complications including kidney disease .

Ibrahim had an accident which pierced his scrotum.

Speaking about the weight of the burden on her life, she said , “ That ugly incident has had a huge impact on my career.

This has been on for over a decade and most of the times , I have been in one hospital or the other , while also carrying out research on where he can get good care anywhere in the world.

The bill , right now, has become enormous and I am praying seriously.

Even after this call with you , I am going for a vigil and I will be there for a week to pray for help to raise the funds .

“ The matter is complicated and they need to do a comprehensive surgery for him to get his life back . The estimate for his treatment has gone up to $ 120 , 000 .

The bill I was given three years ago has increased exponentially .

“ The father of the boy died many years ago , even before the accident happened ; so , I am the only one that has been bearing the burden .

It’ s always difficult to fall back on relatives because they also have their own issues too. The only person you can rely on is Jesus Christ . ”

Blaming the health care sector in the country for compounding her son ’ s case , she said , “ For a long time , I avoided saying that the mess started from Nigeria .

It was a technical surgery and if I was around when the accident happened , things wouldn ’ t have gotten this bad because I would have taken some steps from the beginning . ”

On whether the government had ever offered her help in any form , Monye said , “ Even though I was on a national assignment when the incident happened , the government has not even said a word and that is surprising because I have been on many assignments for the country.

Some of them may say what will be will be ! If I was at home on that day , my son wouldn ’ t have stepped out of the house .

Apart from the fact that there has been some publicity in recent times , which I ’ m sure some government officials are aware of, I have reached out to different government authorities but I have never gotten any response .

I just want to appeal for assistance; I cannot force anybody to help me. Right now, my career and so much that I have inside me have been put on hold .

I want to appeal to the authorities to help give my son his life back .

We have lived but he still has a lot of years ahead of him ; it is not just because he is my son .

If he was a stranger , I would do the same thing I am doing now .

Despite my problems, I still try to help people in my own little way and I know that because of that , God will not turn His back on me . ”

Explaining how she has been able to draw strength over the years , the singer said , “ It has been trial and error all the way though I have also always believed that somehow , we would get results someday; it would only cost money.

This is the first time I would be coming out boldly to the public to solicit for funds .

I tried to raise the money by working but what I got could only sustain our basic needs . ”