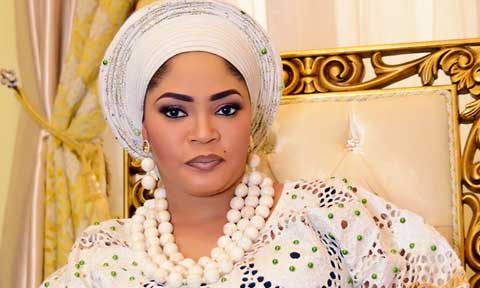 In this interview with Punch's ‘Nonye Ben-Nwankwo, she talks about life as a queen and the role she plays in her husband’s kingdom. Interesting read:

As a young girl, did you ever imagine you would marry an Oba?

No, I never imagined I would marry an Oba. Besides, I didn’t marry my husband as an Oba. He was an upwardly mobile, charming young man, with great prospects and aspirations when I met him. Those were some of the qualities I saw and admired in him back then. He was a prince then, but he didn’t wear it as a badge of pride. He was just a man, brimming with a bright future and great dreams. And if I have to be honest here, I was less-thrilled about that aspect of him being a prince when we met, and I wasn’t that keen on falling in love with him. But fate has a way of playing tricks with our emotions, and my husband made it easier for me to fall in love with him. With time, I was able to overcome my initial reservations about him. I took my time to study his person and I discovered I loved him enough to want to spend the rest of my life with him. Even after we got married, I never envisaged that my husband would be entrusted with the role of a king. But God is always supreme with making His plans for us come to fruition, and He is the sole decider of who becomes a king.

You are regarded as one of the youngest queens in Lagos, how is your relationship with other prominent queens who may be older than you? 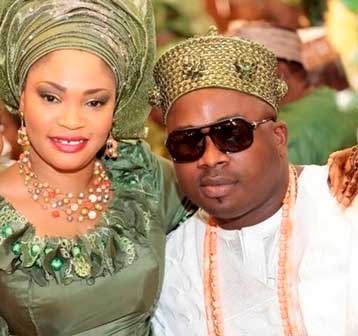 Does being a prominent Oba’s wife come with its challenges?

Being the wife of an Oba does come with its challenges. Marriage itself comes with its baggage of challenges. No union is perfect anywhere in the world. Most women find marriage an insurmountable challenge in itself, without the additional pressures that being an Oba’s wife must bring. However, I believe that there is no challenge that is insurmountable. There were some challenges at the initial stage when my husband became a king. But, with a lot of patience and perseverance, I was able to overcome those challenges.

When my husband became king, initially it was strange not having access to the man I married whenever I wanted. There is a Yoruba saying ‘Kabiyesi ni oko Ilu’ ( the king is the husband of kingdom). I realised that he is there not just for his immediate family but the kingdom as a whole, realising this helped me to understand my role better as an Olori. I can only support him, pray for him to be a better king and assist my people in anyway I can.

Has anything really changed about you now that you are a queen?

I don’t think anything has changed about me. One secret that has kept me going is that I try not to lose my identity as God’s creature. It is very important to be conscious of this fact, because it helps to keep you in check and prevent you from derailing. If anything were to change about me, it would be that I have become more people-oriented and more passionate about humanity. Although I am not yet there, I want to be more involved in promoting more worthy causes and contributing to building a more peaceful society. 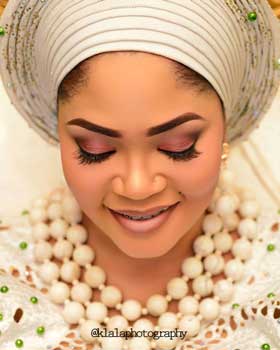 Do you influence some of the Oba’s royal decisions?

No, I don’t influence the Oba’s decision. The Ikate kingdom, like any other royal house, is associated with strong traditional values, and airing one’s personal views might be unwise. Besides, the Oba has able chiefs, who play active roles in advisory capacity and decision-making process within the palace. Most of them are his uncles, and they play more of a fatherly role in his life. My husband grew up under their tutelages and so, he gets along with them very well. He seeks their counsels and heeds their advice as well. Of course, there are times when my husband seeks my opinion on issues and I feel privileged by this. But I don’t influence his decisions in any way.

Are there times you are not allowed to see the Oba?

No, there is no time I am not allowed to see the Oba. I can see him at any time I want to and I don’t need to get a visa to see him (laughs). But then, there are times when he wants to be alone in his study or when he is attending to his guests.

Do you practise the same religion as the king?

Yes, I practise the same religion with the king. We are both practising Muslims, and we were both born and raised as Muslims. We observe our Salat five times daily, and we carry out other obligations as stipulated by the Islamic religion.

Most Obas are polygamous, how would you handle such if the king decides to take more wives?

That is a very tricky question and I am not inclined to answer it (Laughter). But, I will tell you one thing; my husband is not polygamous by nature. And per adventure he decides to take more wives in the future, heaven will not fall. Life will go on. 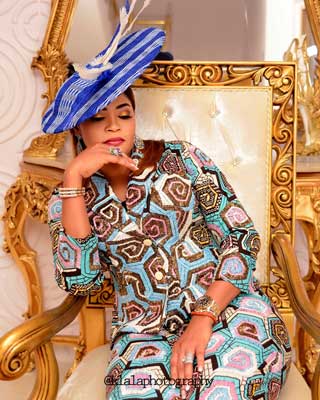 You have three daughters, would you wish for a son?

That is another tricky question (laughter). All I can tell you is that we have three wonderful daughters and we work hard in bringing them up and moulding them to become great women of accomplishment in future. We are more than grateful to God for giving us the privileges of being parents to our daughters. If God purposes it for us to have a son, we will be much more grateful to Him. For now, we are thankful for the fulfilment we get from being their parents.

You met the Oba when you were undergraduates, was it love at first sight?

It wasn’t love at first sight. I liked him when we met but I didn’t fall in love with him. He was all over me and was always following me all over the place. I wasn’t really enthusiastic about falling in love with him, but he was persistent. He refused to give up on me. With time, I took time to study his person and I fell in love with him.

You have been married for more than 13 years, has it always been rosy? What is the secret of your successful marriage?

There is no perfect marriage anywhere. Every marriage has its ups and downward sides. So, our marriage has not always been rosy. It has been subjected to its own share of turbulence and thorns. But the bliss surpasses the misery. The secret of our successful marriage is the grace of God. Other factors that have helped us so far are patience and understanding. And we keep working at making the marriage more successful every passing year.