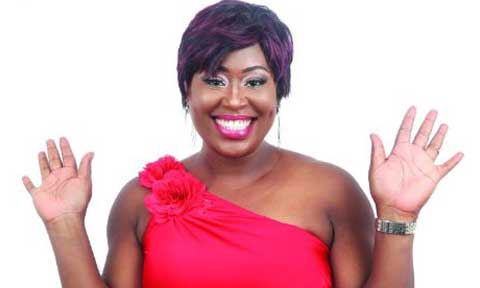 For her, thunder appeared to have struck twice at one point when she went into a second marriage of abuse, financial exploitation and seven miscarriages which smacked of uncertain future.

Desperately seeking a wellspring of inner strength, courage and compassion, with a survivor’s grit to end the hurt, fear and humiliation, Susan fled from her first and second marriages...

Today she's the owner of Phoebe’s Confectionery. Susan shares her story with ThisDay:

What is your story about spousal abuse?

My name is Susan Aluede Hatto, born in Lagos. I am an entrepreneur and CEO of Phoebe’s Cakes. I studied Account and Finance at University of Greenwich, and have always had a flair for baking when I was younger. I spent most of my life in the United Kingdom. After living in the UK for 35 years, I felt that something was missing in my life. I lived an average life. I had a husband and three children, I did not feel fulfilled and yet I did nothing about it.

During the years my marriage was going through trauma, I put all the blame on myself. The first man I did not love and I thought love would come later, it never did. I made up my mind to leave the marriage. I did not love him and the marriage was abusive and my life was at stake. It took me 12 years to accept the truth. I thought if I left him, no one would provide for my children. I push those thoughts out of my mind; told myself I wanted to go through life happy with a man I love, not with a man that beats me or threatens to take my life if I left him.

I tried to break off the relationship in London and decided to get training on how to do nails and make something of my life in Lagos. I knew with the little amount of money that I had saved up I could start a business in Lagos. But the father of my children kept disturbing me. He found his way into my flat and collected all the materials I had got to start the nail course. He called to rain insults on me that I would amount to nothing in life. I cried profusely that day.

Then a terrible thought came to my mind to commit suicide so that I would be free from him. He didn’t want to let go of me, but if died, it would be over. I quickly thought about how I could end my life quickly. I ran to the balcony in front of my flat in London and I jumped. I landed on the pavement, nothing was wrong with me. So, upset I quickly run up the stairs and went to the back balcony, this time the drop was much longer, there is no way I would survive this fall, I thought to myself. I jumped again, fell and hit my head. I went blank.

When I woke up, I was in hospital with my family surrounding me. I was so upset with myself. I cried so much that day. Later in the evening a young lady came to meet me and made me to understand that life is worth living and that I should not give up. I told her all that happened to me and how I wanted to start a business in Nigeria and do something with my life. She told me not to worry; she would have a word with him to give me back everything he took from me, which he later did. I left the hospital and got counseling, dreamt of opening a nail studio and opened one in 2002 called Unique Nails.

So, how did you pick up the bits and pieces of your life in Nigeria?

It wasn’t easy when I came to Nigeria as I stayed in my mother’s rented house for three months. The landlord frustrated me so I left and got my own flat. Nigeria too had its ups and down but I was able to afford a shop and pay workers. Even though for 6 months after opening, the shop not one customer came. I almost lost heart.

I never gave up. I paid workers salaries for a year which I had put away in an account. I prayed that things would get better. When things did not get better, I decided to travel for six months and work to be able to pay salary and my rent. I did not know the ways of Lagos as all sorts of people would come to me to help. I was desperate to get customers to come to the shop. I would pay up once anyone came to me with ideas on how to get customers to come to the shop. I did not know that most of them were scammers. As the years went by, my eyes were opened and I then depended on the good services my workers were giving the customers, to bring in new customers to the business. With time I added the hair section and then the beauty section due to customers demands.

While in Nigeria I met my second husband. I loved him so much that I decided he should fellow me to the United Kingdom where he got his stay through me. Unknown to me, for seven years he never loved me. I was used and dumped. In those seven years of marriage, I had six miscarriages, got beaten up and was diabolical. I was so naive and just went along with him because I loved him. But the time I knew that what he was doing was wrong, he had gotten his British passport, packed his things and left the house. I was traumatised.

After he left, I got myself together and started looking for something to keep me busy so that I would not have time to think about him. During the seven years of marriage, my business suffered because he never allowed me to come to Lagos to face my business. I would only come maybe twice a year; he never liked me being in Lagos. I started my cake business and made up my mind that I would never marry again. After all, I had children.

Little did I know that God had other plans for me in my life. He sent my real husband to me. My husband brought me to God and opened my eyes to what marriage should be all about. The first 2 marriages I never invited God to them. I did not even know God; although I was going to church but the word of God never sank into my heart.

I am now married to my best friend, a God fearing husband who is fun-loving and filled with love.