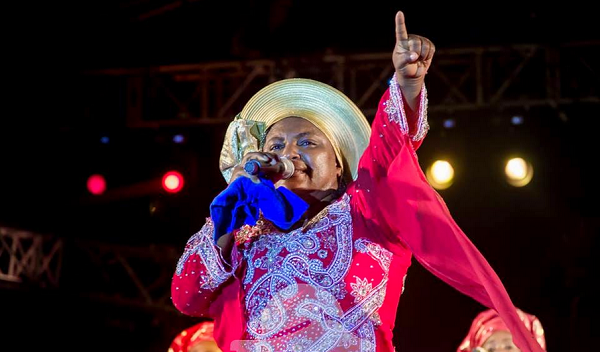 Amaka used to be a business woman before God called her. According to her, she never dreamt of being a musician, so, it took her some time before she answered the call.

In an interview with ADEMOLA OLONILUA of Punch, she talks about her style.

ON WHY SHE WEARS FLOWING GOWNS

Yes. I feel so happy when I wear flowing gowns. I also believe in the word of God that says a child of God should dress moderately in a way that would please God and men. As a gospel artiste, you showcase yourself in a crowd of about 300,000 people, you don’t have to expose your body because people would not pay attention to the song anymore but your body.

I have noticed that through my dressing, I have won so many women to Christ. I have changed so many women’s life through my style. There was a time I saw a commercial sex worker who told me she loved how I dress and I should keep it up. She said that they are trying to be like that. I believe that through my dressing, I am ministering to people especially women. I learnt that some men tell their wives that they love the way I dress. My son lived in Asia and got married. He recently brought his wife home and when he introduced his wife to me, I noticed that she was wearing a flowing gown. I was curious so I asked her and she said that she decided to be like me. She said she took her clothes to the tailor and told them to do flowing gowns like Chioma Jesus dresses because I am her spiritual mother. I am touching lives with my dressing. If I am doing something that I know is changing people’s lives for the better, I have to continue doing it.

ON WHY SHE WEAR A PARTICULAR TYPE OF HAT

It is not that I love hats. If you are familiar with my style, you would notice that it is only that particular hat that I wear. It was the same year I released the ‘Chioma Jesus’ song that I began wearing the hat. Like I said earlier, before I do anything I pray. I asked God how he would want me to appear; the kind of headgear I should wear and when I went to the market and saw that hat, the spirit of God told me to pick it. After my first album, I began to wear the hat and I noticed that people really loved it. That is how it became a part of my brand. I looked for the people that made the hat and I began to buy it. Sometimes I would enter a room without the hat but people would not recognise me but once I wear the hat, everybody knows that Chioma Jesus is around. I have about 20 different colours of that hat.