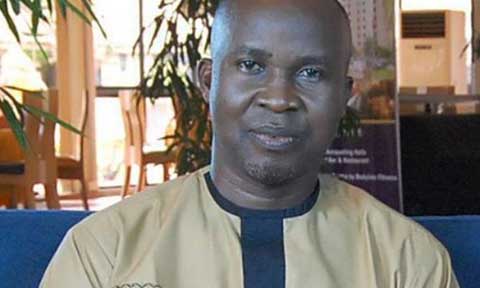 The thespian and script speaks with Lanre Odukoya about his foray into acting and rise to fame.

Before you reached stardom, there were comic acts like Baba Suwe, Latin, Aderupoko and many others.

Were you not frightened by those names when you were joining the industry?

There wasn’t any reason to be afraid of anyone’s star power. The sky is large enough for birds to fly without obstructing one another. No matter what one wants to pursue in life, I’d always believed you have to be tenacious.

The road is always rough and tough, keep moving and praying anyway. I’d been acting since I was in primary school but I began to earn money from acting in 1984. It used to be stage plays then.

What was the first professional acting you did and how much were you paid?

The title of the stage play was ‘Aropin ni t’eniyan.’ It’s different from that of Hubert Ogunde, the similarity in the title was just a coincidence. We staged it in Aroro Community Grammar School, at Ojo, Ibadan- Oyo State. I was paid the equivalence of today’s N50. We were a group and I was the one designing the posters because I learnt fine art and I loved to draw.

I’d been drawing since I was a child, so I was the one that would collect all the photos and data to design posters stating the name of the stage plays, venue, time and cost of tickets. But it got to a time that everything became very difficult and there was no money. So, I had to leave the industry for almost 13 years. I started going to purchase gadgets for movie production and I imported them into the country. I was renting them out to industry stakeholders who needed them. In between the 13-year-lull, I was still making cameo appearances and I had all the filming equipment.

How did you raise the money to travel abroad for the trade?

I was buying the equipment from Saudi Arabia. The first time I travelled abroad, I bought my ticket for N4000 and it was my mother that gave me that money. N4000 was a lot of money at that time and was difficult to come by. The ticket was first sold at N2000 but was inflated along the line. Even my mother finally handed me the money grudgingly.

I used the money to relocate to Saudi Arabia and started working there. After I made some money, I thought of what I could invest in and I realised it wouldn’t be a bad idea to start importing filming gadgets.

That was how I bought all the equipment for shooting of movies. Alade Aromire, Jimoh Aliu, I Show Pepper and many others were renting these equipment from me. But whenever I came to Nigeria, I’d act one movie or two and return to Saudi Arabia. I later decided to stay back and concentrate on the job since I had no bigger passion and focus other than theatre arts. Since then I returned home and joined the industry full time.

What sort of job did you do in Saudi Arabia?

I worked in the textile industry as ‘packer’. There were some fabrics imported into the country from India, we were the ones who would go to the sea port to bring them into the country. We would offload the containers and take the clothing materials to the factory and warehouse. I joined Hajj operation when I left that job.

How exactly were you re-integrated into the new order of acting after you returned home?

Before I left the industry for greener pasture in Saudi Arabia, I’ve had friends like Muyiwa Ademola, Adebayo Tijani, Afeez Eniola, Ibrahim Chattah, Olaniyi Afonja (Sanyeri) and many others. We were all together at a time. There was even a time all we did together as friends was in a one-room apartment.

I wasn’t a stranger in the system, so, whenever I came back from Saudi Arabia, the industry was always a home for me. So, when I returned, I returned to a very familiar terrain. I told them I was going to shoot a film and they advised me not to fund it with my money.

There was a place of providence in him becoming a marketer. His elder brother was given a film to market, but he handed it to Afolayan because he didn’t trust its prospect. As luck would have it, the movie became an instant hit and that was how Afolayan made his first major money and stopped searching for jobs. So, it was Afolayan that I approached that I wanted funding for my first film and he obliged me immediately. So, I just kept the money I made from Saudi Arabia. We titled the film ‘Ise Imole’. Epsalum just relegated the master tape of the movie somewhere; he didn’t even spare time to watch it. So after a year, I went to him to tell me progress on the project.

He complained he was too busy and handed the copy to his elder brother of Wastayo Productions. Wastayo released the film and it also surprisingly became a hit. When Afolayan saw the success of the movie, he exclaimed, “Haa, I didn’t know this film will become a hit this soon.” After 10 days of releasing the movie, Wastayo Productions boss changed his car to a newer model. But at this time, Afolayan’s conscience couldn’t allow him demand to have me back to his company. That was how I continued with Wastayo and did another movie titled ‘Iwokuwo’. That was how I rose on a very organic growth.

The only constant thing in life is change, what if tomorrow some younger guys emerge on the scene and displace you? Have you other plans of livelihood?

I don’t plan, I leave God to do all my planning. I didn’t even design the position I am today. It pleased God to prosper me and He did. Everything will happen according to how God has destined it. Now that Baba Suwe doesn’t get invitation for jobs is he not living? Most of those who reigned before my generation didn’t die of hunger- they’re alive and coping. Even if I stop getting the roles tomorrow, God could just send me just a contact that will change my story for the better. If God says I will be rich, no Jupiter can stop it. I’ll just advise my colleagues to save for the rainy days and train their children well. There are many stars of yesteryears who are surviving today by the sheer grace they enjoy from the children they raised well.

There’s a huge influx of young women into your industry and many end up failing. What do you think is responsible?

We were not driven by money when we joined this industry. Passion was our very first motivation. But things are different today. Many just want to become stars overnight. It’s impossible for a young person in the university to go to Lagos University Teaching Hospital after two years of admission to say he wants to practice medicine. He will fail. Acting must first be in you and you must be trained. As stubborn as Toyin Aimakhu is, even if filmmakers don’t want to give her roles, if you remember she’s the only one who can give you premium service, you will engage her. Competence is key, you must know what you want to do inside out.