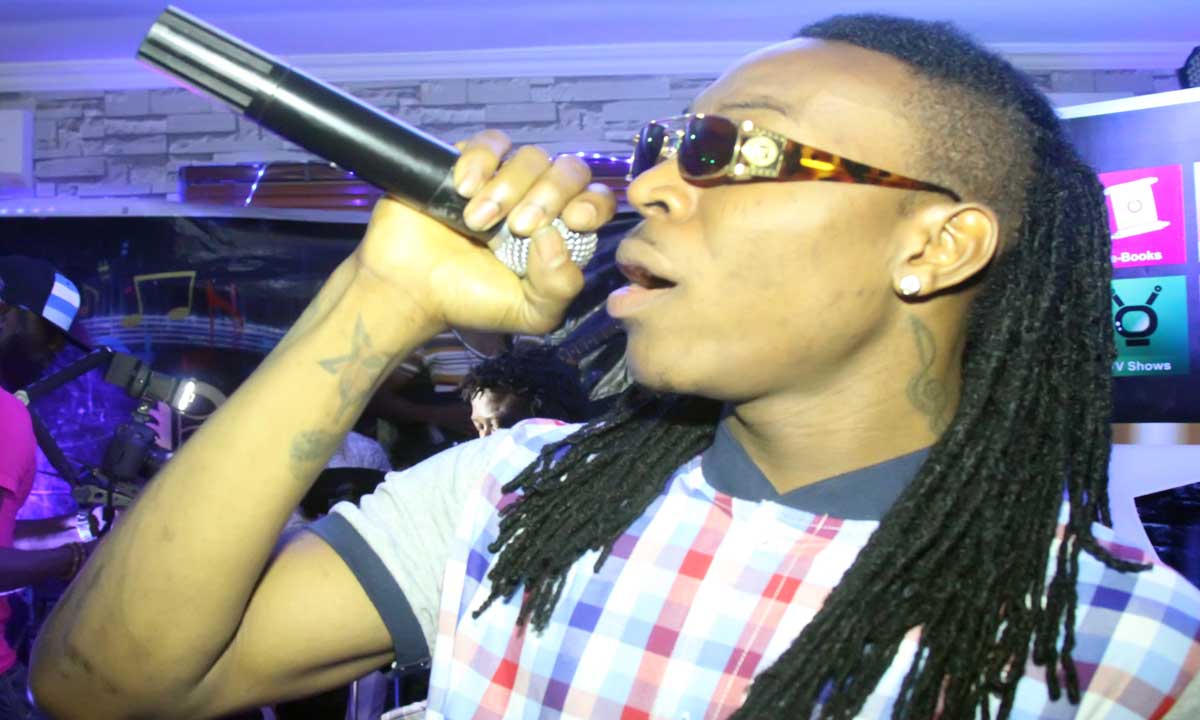 The singer blame media houses for being partial, called out MTV EMA which withdrew an award belonging to Wizkid while also praising himself for being a relevant musician since the release of his debut single “One in a Million” featuring 2face.

He took to Instagram to rant about the state of things in the Nigerian Music industry saying a lot of artistes are jealous of each other and don’t support real talent.

Read what he wrote below…

Donald Trump won the US election against all odds, and we were all blinded by the lies, propaganda and hype of the media. The media even blinded themselves bringing out polls and predictions that The probability of Trump winning against Hillary with all his scandals was 30:70. But at the end he won and shamed everybody.

This is the same issues we have in our entertainment industry in Africa, the media have succeeded in blinding the fans from what is real, pure and good, from what real talent and good music is about. They hype their family and friends and ignore the ones that don’t text them good morning everyday and form fake friendship with them. I am not about the life of faking or acting a friend in your face and do otherwise behind your back that is why I have little or no friends in the industry cos even the artists are jealous of each other and they don’t support real talents because they don’t want to be exposed.

This is not directed to anybody or media house. It is a general issue that we all have to look into. Imagine an AWARD ceremony that calls itself credible, giving one artist an award and even made him make a video which was broadcasted on the screen at the award thanking them and later withdrawing the award to give to someone else. This shows the irregularities, partiality and mediocrity in the whole system.

An award organizers recently released a list and even though I was nominated I wasn’t satisfied because the main category that would have meant a bit to me was missing on my nomination which is best raggae/dance hall. I can only pick one song out of the whole bunch that did a bit better than Wait refix ft Patoranking and Tiwa Savage for their year in view. No disrespect to any artist nominated or the organizers but somethings are just so wrong.

A lot of talented artists have been ignored for so long that they even start doubting themselves. Even the Grammys which is  also not 100 percent credible have their flaws but try as much as possible to recognize real talent

These African Award organizers bring together some bunch of unqualified music critics and whatnot to set up the nomination list and that’s where the problem starts from and it leads to artists fighting on social media over a category. My management sometimes force me to solicit for votes for awards am nominated for because it doesn’t impress me at all and I DONT like awards. Most of these guys you have awarded ahead of me, met me in the industry and today they are no where to be found. I’ve been regular and consistent since the day I dropped my first single One In A Million ft 2face Idibia and I have never gone a year without dropping a popping meaningful song.

At the end of the day the award plaques are just meaningless and useless cos them go burn or rust one day. And the whole ceremony and intentions of the organizers is to make money without regard to the artists that put in their best to their craft.

I have never been the type to speak out about issues like this. Just thought I should just free my mind small.

My name is SOLIDSTAR and I have survived many years without your hype, even though you think my fan base is small, my fans are die hard and real and they will defend my music every day and everywhere whcih means the World to me. I have an album out on all platforms and the street featuring the best names and real talented artists with a few missing. #WEED available everywhere. Smoke on it, drink on it, sleep on it if you like but please support by buying it. God bless you. #SHABA