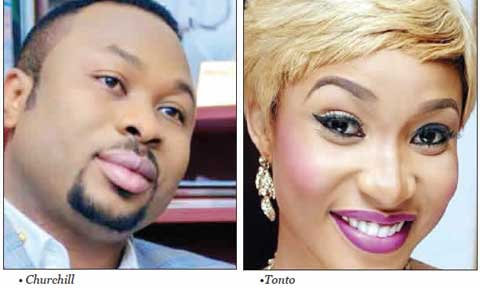 As Tonto Dikeh's marriage continues to be plagued by a downward slope following her recent antics to dress up as a man and attend her son's Father's Day celebration, OAP, Lara Olubo has shared screenshots of some shocking text messages the actress allegedly sent to her estranged husband’s Mother. 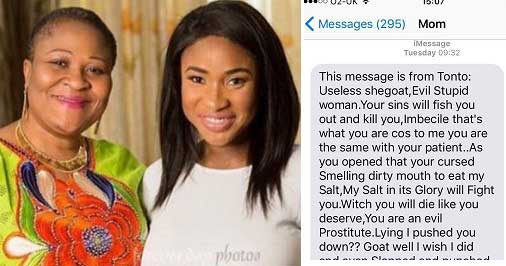 She shared the shocking screenshots and captioned it with: 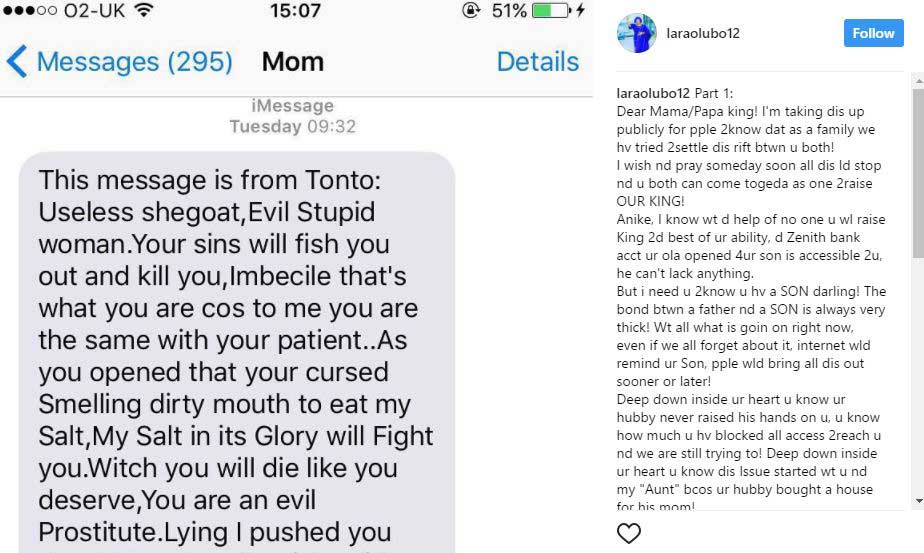 Dear Mama/Papa king! I’m taking dis up publicly for pple 2know dat as a family we hv tried 2settle dis rift btwn u both!
I wish nd pray someday soon all dis ld stop nd u both can come togeda as one 2raise OUR KING!

Anike, I know wt d help of no one u wl raise King 2d best of ur ability, d Zenith bank acct ur ola opened 4ur son is accessible 2u, he can’t lack anything.

But i need u 2know u hv a SON darling! The bond btwn a father nd a SON is always very thick! Wt all what is goin on right now, even if we all forget about it, internet wld remind ur Son, pple wld bring all dis out sooner or later!

All the fabrications going round has been crafted to tarnish his image. Both of you never had any prior problems about infidelity and Domestic Violence like you mentioned during your interview..

The chronicles of all the problems started when u caused a scene for 2 hours straight breaking down all the electrical appliances and interiors in the newly finished house he acquired for his mom last December in the process of doing all dis, u attacked ur mom inaw physically which is a Taboo in YorubaLand; The house warming was fixed 4d next day and u ruined it 4my aunt who had flown all d way from UK to enjoy the comfort of her new house.

The injuries u sustained while breaking appliances is d injury on ur leg. Ola left for Ghana to cool off with Dunlop slippers after u had destroyed all his personal effects. We all his family members saw dis nd blamed him that he had covered up too much bcos of ur image! Dont forget he has family and it is time that we come out and say something.

Mom King, I wish u can allow us as a family to settle dis amicably, u know how many family meetings we’ve called nd u never showed up!
I just wish nd pray u both can be one again, i wish u can gv us d audience to settle dis! I know u both are adult thou nd old enough to take decisions about ur lives! 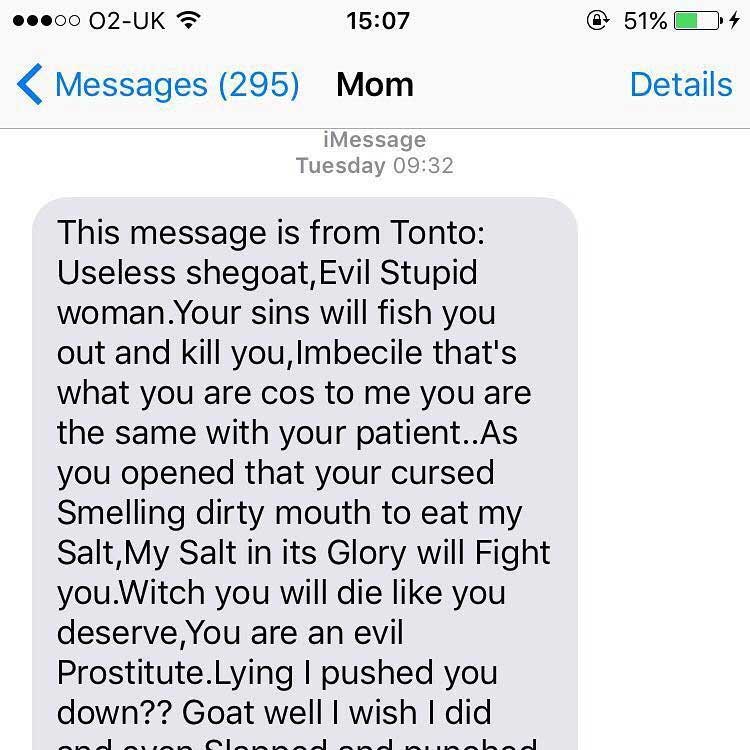 Wt all u hv done nd said to my “Aunt” we still forgave u bcos no one is perfect! When i saw dis msg u sent to heri was in shock nd all shaken up.

We still feels we can settle dis Anike bcos of KING, but u refused to pick anyones call nor make urself available to settle dis. Please my dear, since u made up ur mind dat u are not coming back, then let all dis be! Let it go!

All I truly want to do is to appeal to u Anike to let him have full access to his son and make him available to him regardless of ur differences..I do not want dis boy to grow up and have sad moments when his peers would taunt him with negative stories about his parents from years ago; he’s a major priority to him and He’ll do anything to protect his son and family from bad vibes..Internet never forgets oo.

He has tried all things humanly possible to get through to u and his son; Searching 4u both for d past weeks, He’s bnRoaming Abuja to find u guys just to see his son.

Kai! And u both are so good togeda o nd we know u both compliment one another! Esu ma labara oooo sugbon ko ni igbala!
Im not saying my brother is right nor wrong, neither saying u are right nor wrong! Whatever that is hidden is open in God’s presences!

My mother’s saying “love keeps account of no wrong” im begging both of u for the sake of the love u both hv for ur son! Please, let dis go! if u do not want us to be one family no more! Just let it go nd move on then!

If u both cant get over each other, then lets settle dis…. marriage is not by force. Neither is Marriage for everyone…theirs no need goin to the extreme acting on the threat u made claiming u gave him fame and u’ll take it back!

A make up artist that could skillfully make u look like a man; Can as well do a make up to convincingly present Pictures of Domestic Violence. We all know how these things work in the movie industry.

Kai! I know Nigerians would tongue lash me for this, Aburo mi ni Kunle oo, Eje mi ni ooo but its okay! But i beg u all bloggers, after dis, let them be! 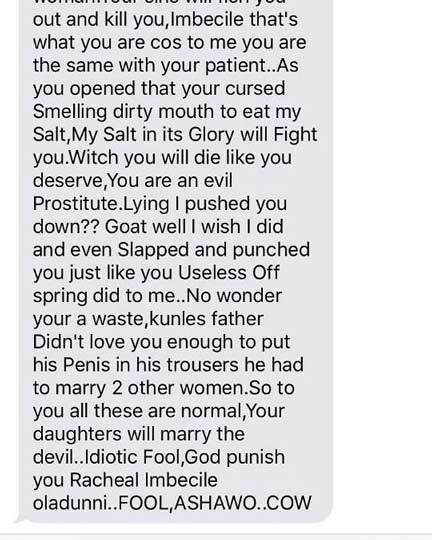