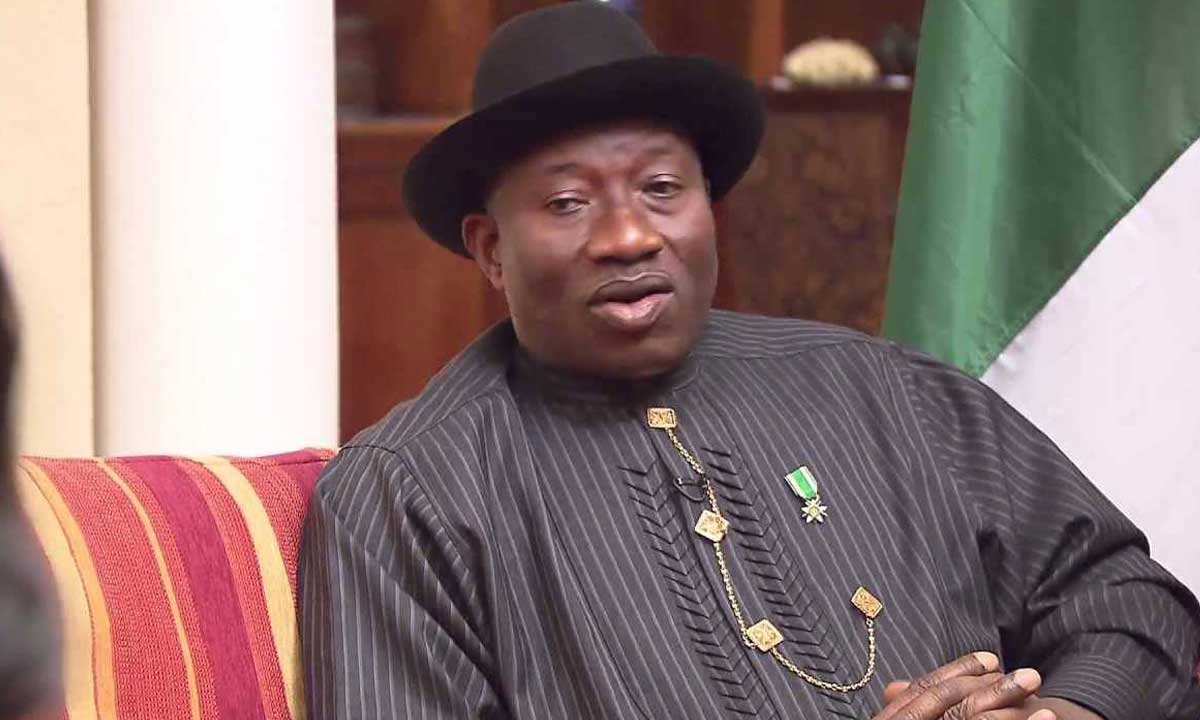 In what appeared his first categorical statement on the arrest and subsequent trial of Dasuki and other personalities allegedly connected to the $2.2 billion cash, Jonathan said it was “impossible” for his former NSA to have stolen the said amount, considering his administration’s huge spending in the procurement of warships, fighter jets, and other military equipment and hardware, to prosecute the war against Boko Haram.

The former president broke his silence in the United Kingdom (UK) on Monday, where he delivered a lecture on “Youth Entrepreneurship”, at the prestigious Oxford Union. Hear him: “They said the National Security Adviser (Dasuki) stole $2.2 billion. I don’t believe somebody can just steal $2.2 billion.

“We bought warships, we bought aircraft, we bought lots of weapons for the army and so on and so forth and you are still saying $2.2 billion was stolen. So, where did we get the money to buy all those things?

“Yes, there were some issues. Yes, there are still corruption issues, but some of it was overblown. I’d say exaggerated and they give a very bad impression about our nation. You cannot say the national security adviser stole $2.2 billion. It is not just possible.”

While recognising the fact that further comments may be subjudice, since the case was before the court, the former president said it was important to allow the judicial process run its full course. “One thing about the issue of corruption is that these matters are in court; let’s allow some of these processes to end. Lately some judges’ (homes) were also invaded.

“There are so many things involved and we have to follow up these matters to conclusion before we know the fact,” he said. He said he would not want to be seen as a former president “challenging what the sitting government is doing.

So, I have decided to keep quiet for the court to look into them.”

While acknowledging the fact that corruption has almost assumed a global dimension, Jonathan, however, said the issue of perception, matters a lot. “You will see that it has become a major topic whenever there is a change of government… I am not saying there is no corruption in Nigeria, there is corruption.

If you look at corruption, there is almost no country that is free, the degree varies, the perception varies.

The Economic and Financial Crimes Commission (EFCC) has continued its arrest of suspects allegedly linked to the $2.2 billion arms procurement scandal, with the arrest on Monday of a former Special Adviser to Jonathan on Media and Publicity, Dr. Reuben Abati.

Abati’s arrest came a few days after the taking into custody of a former Minister of Aviation, Chief Femi Fani-Kayode, on what the commission said were discovery of fresh facts against the former Director of Media and Publicity of the Peoples Democratic Party (PDP) Presidential Campaign Organisation.