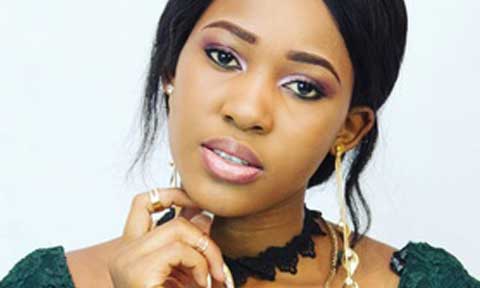 Kumbirai Ellah Bosha, a top Zimbabwean model and actress, was left distraught following her separation from former boyfriend after she discovered that he was married.

According to H-Metro, so tense is the situation that married Charles Munemo is now leaking n*de pictures of Kumbirai which she used to send him when they were still dating.

Contacted for comment, Charles could neither confirm nor deny the claims as he quickly hung up his phone.

However, Kumbirai revealed how she ended her affair with Charles.

“I was in a serious relationship with Charles for one year and four months but I did not know that he was actually married. When we started dating, he told me that he was a divorcee. I believed him because we would spend more time together and sometimes we would even live together. I was seriously heartbroken when I found out that he was married and as hard as it was for me, I called it quits,” she said.

Kumbirai said she got to know about Charles’s marital status after his wife, only identified as Blessing contacted her.

“I believed everything he told me so I never bothered to check whether he was still married considering he is in his early 30s. I got to know about his marital status when his wife-Blessing- contacted me, it was hard to believe but she had overwhelming evidence that indeed he was married to her,” she said.

Kumbirai said Charles was now leaking her nude pictures which she used to send him.

“I don’t know why he is treating me like this because he offended me by lying about his marital status and on top of that he leaked my nude pictures. I have no doubt that he is the one because he is the only person I used to send the pictures to,” she said.

The 23 year old, who features on Winky D’s Chiramu music video, has become the talk of the town following the leaking of the nude pictures.