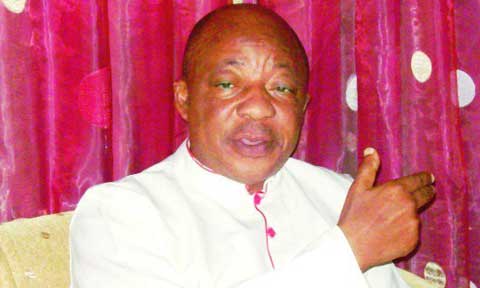 The director of Catholic Communication and the Apostleship of Prayer League of Sacred Heart of Jesus, Very Rev. Msgr. Gabriel Osu, said this while explaining broadly on tithing in an interview with Punchng.

“The first mention of a tithe in the Bible occurs in Genesis when Melchizedek, a king and a “priest of God Most High,” offered a sacrifice of bread and wine in thanksgiving for Abraham’s victory over several enemy kings.”

“As an offering to God, Abraham gave Melchizedek “a tenth of everything.” (See Genesis 14.) In the Old Testament, the tenth of one’s bounty was customarily given to the priests in their service to God. The Torah (the law of God as revealed to Moses) prescribe the giving of tithes.”

“A person offered to God, or ‘tithed,’ one-tenth of the harvest of the grain of the fields or the produce of fruit of the trees, one-tenth of new pressed wine and oil, and every firstborn animal of herd or flock (Leviticus 23 30-33. Deuteronomy 12:17. 14:22-29). The Bible book of Numbers also records how God prescribed that the Levites, the priestly class of the Jewish people, were entrusted with these tithes: (Number 18:21-24). Therefore, these tithes were contributions offered to the Lord and distributed to the Levites for their support.”

“Payment of tithe, like other donations made in the Catholic Church, is not obligatory. This means that members are not compelled to pay the tithe. It is purely voluntary. Also, Catholics are under no obligation to pay a certain percentage of their income to the church as a tithe.”

“In the early history of our church, the priests depended upon the generous support of congregations for their sustenance. This custom was based on the New Testament instruction: Jesus taught the apostles to depend upon charity when He sent them on a mission (see Matthew 10:10). St. Paul also instructed the early Church community to provide for the needs of their priests (I Corinthians 9:13).”

“As cited in the Catechism (No. 2043), the precepts of the church maintain that each person has the duty to support the material needs of the church. Of course, a person fulfils this obligation according to his abilities. The Christian faithful are obliged to assist with the needs of the Church so that the Church has what is necessary for divine worship, for apostolic works and works of charity, and for the decent sustenance of ministers. They are also obliged to promote social justice and, be mindful of the precept of the Lord, to assist the poor from their own resources”