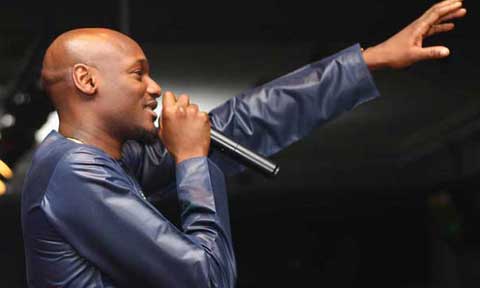 African Queen crooner and frontline Nigerian Musician, Innocent Idibia formerly known as 2Face now 2Baba has decided that ‘enough is enough’ in Nigeria and he wants to protest. However, before you decide to join bandwagon of this ‘popular’ protest, these are 10 points to note:

1. With all Due Respect, 2Face is Part of the Problem

It is said that ‘he who comes to equity must come with clean hands’. 2Face by coindence had his wedding during the tenure of Goodluck Jonathan and the then Governor of Akwa Ibom State, Godswill Akpabio took it upon himself to present exotic cars and other lavish gifts to the couple.

Now, unless you can assure me that at least the majority of Akwa Ibom indigenes getting married under the Akpabio administration in Akwa Ibom got the same treatment, you can easily see how 2Baba and Annie Idibia not rejecting such gifts is just part of the culture of waste and abuse of power that Nigeria suffers from till today.

2. 2Face Had Access to Power and Did Little Advocacy With It

2Face is from Otukpo, the same town with former Senate President, David Mark. He is very close to the Distinguished Senator. For all the time Senator David Mark was President of the Senate between 2007-2015, 2Face never put it on record that Nigerians deserved more than they were getting.

He simply hobnobbed with the No.3 citizen, often present at Senator Mark’s Otukpo home. Like he identified in his statement, Nigerians have been suffering since 1999 but when he had the opportunity to influence the country’s leadership, he did next to nothing to help create change. His newly found zeal for advocacy is coming rather late and conveniently too, Senator Mark is no longer Senate President.

Remember that Nigeria earned its highest revenues ever estimated to be at least N51 trillion under former President Goodluck Jonathan, a great part of which was wasted or outrightly stolen by members of that administration. This kind of advocacy and activism would have helped at the time when ‘stealing was not corruption’. Holding it at this point is a bit suspect especially when it is clear that wholesale reforms are needed in Nigeria.

3. There are Smarter Ways to Engage Our Leaders to Make Change

There are a lot of public hearings held by the National Assembly on issues before bills are passed and signed into law, the same with public hearings on different issues. Curiously, 2Face has never thought it a good idea to engage with the system. Other young Nigerians are working to form their own political parties to contest elections and take power because they feel they can do better. These are constructive means of engaging the system to create change or influence.

4. We Do Not Need Disruptive Street Protests for the Government to Know Nigerians are Suffering

Does 2Face listen to the radio, watch TV or read the comments of Nigerians on online fora? I say this not to undermine his right to protest peacefully with his supporters but to puncture his argument that the street protest is required to bring issues facing Nigerians to government’s attention.

5. A Good Way to Get Change is to Create It

I really do not think 2Face is a strategic thinker because for someone with his international acclaim and success, he has not created any major platform through which he can affect a large number of people. He is from Benue State, a state famed as the ‘food basket of the nation’. Yet 2Face has not thought it fit to key into the current government’s programme to promote agriculture but actively investing in it.

This is a simple and powerful signal 2Face could have used to mobilize his teeming followers to change their mindset about agriculture with great multiplier effect on the economy and helping to improve the life of youths. You say that is the job of government? I do not dispute that government has the duty primarily to do this but as we see across the world, individuals can help bring about positive change as well. At the very least they do not increase tension in an already tense society.

6. After the Protest What Next?

After the ‘fun and games’ of the protest, what next? The government will still go ahead to try to implement its plans for the country as best it can as nations are not developed on the basis of contrived protests but on proper planning and implementation of sound strategies. If 2Face and his supporters are not presenting strategic plans to the government and engaging with it for their implementation, they are just embarking on a disruptive jamboree in the name of protest.

7. Where are We Coming From?

We are coming from a period of recklessness which I have already pointed out in the early part of this article, from Boko Haram holding large chunks of territory to unending fuel scarcity as well as impunity in our daily life. These and other problems will not disappear in a day especially when saboteurs are still trying to retain the entrenched status quo. It helps not to distract an already overburdened government with more issues that can be replaced with more constructive and patriotic activities.

You might believe he just wants good governance but if you are good at deductive reasoning you will understand that if 2Face truly wanted good governance that badly, he would have taken some steps at certain critical points in time, he did not. Now that he is, do you really understand why he is coming out to protest? Unless you do not mind being a tool in a grand plot, you might want to ‘look before you leap’ (in protest).

9. Do your Parents or Loved Ones Know Where You are Going?

It is only irresponsible people that think solely of themselves in taking decisions. Have you discussed your plans to protest with your parents if you are still under them, your spouse if you are married or those close to you if you are single and living alone? Why do I ask this question? You would expect them to help get you out of trouble if the police and other security agencies decide that you should be arrested? If you do not mind being arrested, are you sure they do not mind the stress of trying to get you released if arrested?

10. You Could Lose Your Life

I am not attempting to scare you with death here because we will all die one way or the other. However, what I am pointing out is the fact that you could lose your life in this protest and then ask you if you think Nigeria’s problems are so great that they are worth dying for? 2Face has recognition by the different security agencies, some of them may even be fans, they are unlikely to ‘accidentally discharge’ bulllets towards him, the same does not apply to you.

If it gets ugly, you are more exposed. If you think the issues and the risk is worth it, go ahead but if you do not think so, find other ways of expressing your unhappiness or concerns about the state of the nation.