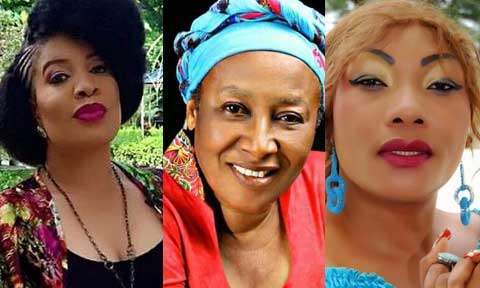 The New York Times rated Nigeria’s movies industry, for unexplained reasons, named NOLLYWOOD, as the third largest movies industry in the world. It listed India’s Bollywood as first and America’s organized “movietainment”, Hollywood, as the second largest. Nollywood netted $15Billion, in 2015.
That was few years ago. And known actors, those that made Nollywood profitable had died and would continue to die from preventable diseases and sadly, wretchedly.

Watch Nigeria’s major actors and actresses with their scenes and characters: These scenes are mostly affluent, with exotic vehicles and homes, luxury lifestyles and sexy images as characters. The acts and scenes are enticing to see. American babes that love Naija movies are awed by the homes and affluence they see in our movies. They don’t realize that the actors and actresses are in “location fabus”…But as soon as these deceitful scenes, character portrayals start playing in our VCDs, iroko teevee, Netflix, the real life actors return to hard life and hardest living.

Most of these actors and actresses that play affluent charming characters can’t hail Okada or maruwa. And when they are faced with health challenges, are unable to care for themselves: Why?; the Nigerian movies industry, just like its music industry is disruptive and careless. There is no structure to protect the actor and his/her intellectual property.

No talents and professionals to manage the actors/actresses creative investment that wld secure a lifetime remuneration. Actors and actresses are their own talent agent/manager and most times they accept pittance just to be in a mega movie. And most have this mindset of just being famous, recognized and idolized by their people. Fame, to them, is gate pass to popularity. Ignorance buruku.

They get paid nonsense with no residuals or royalties. Its only in Nigeria’s movies business that you would find a movie being sold to an Alaba Market pirate for peanuts: License to use and abuse an actor or actress’s intellectual property. One time pay off (buy off) fee. In Nigeria, actors hustle and pay for their pictures to be the CD cover jackets of their movies and other promotional materials. And you have the Nigerian Movie Guild of craps. Actors and actresses live large on screens but are near destitute in real life: when una go stop?.

Existing Associations to front the welfare of Nollywood practitioners are factionalized; burdened with unnecessary internal fights and squabbles while they continue to lose great talents because those with pathetic health challenges are not able to afford treatment. By the time crowd funding is activated, they are eternally expired.