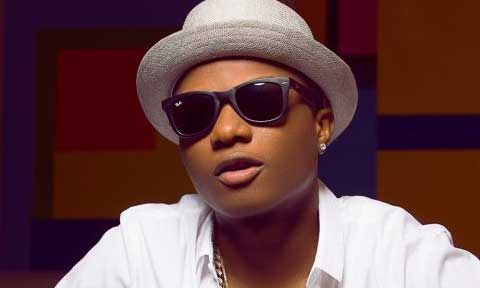 The singer, who was speaking about his parents, said that they refused to move out of the ghetto they live in (In Surulere, Lagos) which made him build them a comfortable house.

But it was his comment that there was no internet or cable in the ghetto he grew up in that got fans talking.

Wizkid was thoroughly abused on the social media platform with many expressing concern that he was taking too much weed.

Read some of the scathing comments of Nigerians to Wizkid’s statement.

ok_skincare_product: This is the reason why these white folks be thinking all Africans leave in hut…. U can imagine,how can u say ojuelegba is a ghetto without cable ehn…

lola_galore: There is internet in the ghetto. It’s in the city, it’s not disconnected from the rest of the town. Of course there is dstv and internet. It’s a matter of how many people can afford it. You’ll be surprised the number of people that do not joke with their dstv monthly subscription in the ghetto. And people do make a budget for how much data they can afford to buy in a month. The ghetto is not a backward place, it is just underdeveloped, filled with people of limited means.

READ Joselyn Dumas: Actress Expresses Her Love For Wizkid
ibrahimlawal96: That was how he lied about the free shows he has done for his fans. WeedKid

ibrahimlawal96: @bankywellington bro why you free this dude? He’s becoming something else, weed has taken his brain.

iamegostar: When we say stop smoking and sniffing all these hard drugs…. dem no go hear. . See as d boy jus dey mis-yarn….

sampson_able: Oyinbo pay for cable, so as we have internet too in Naija, Ojuelegba of all places. Kontinue de-repping your home for attention o

turaii_: Please surulere is far from ghetto, I live here… Dude didn’t even grow up in ojuelegba.. he keeps saying ojuelegba cos of his song.. he grew up in surulere in a place called small London.. and almost everybody has dstv or gotv.. total BS ?

stevechuks_: Ahan but wait my friend and his family have Go TV Na and they live in Ojuelegba! Wassup with uncle’s lies?? ????. Everyone wants to have a super story! Wale Adenuga Oshi

sharonowen100: Dear wizzy….know your limit with all this highness….it’s so sad to see you loosing it??

borsydoh: What’s wrong with this boy lying up n dan

i.am.austino: Bro ur mama get Dstv no dey lie