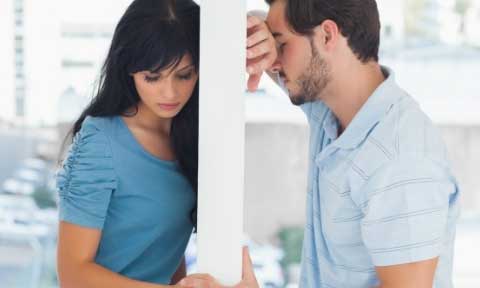 But if you’ve been married for more than five minutes, you’ve probably discovered that this isn’t true. The true enemies of marriage don’t always come with clear warnings and easy names, like infidelity or mother-in-law. They’re often more subtle. Things like canceling dates, losing our creative bent, leaving hard things unsaid, or pretending that we can let our relationship stagnate without drifting away from each other – these are the real traps.

We have a tendency to overinflate the importance of big things. In some ways, we’re trained to expect love to manifest itself in sweeping promises and grandiose gestures – and the enemies of love to emerge with scales. We ingest cartoonish love at a young age and equate falling in love with a rescue from a tower or a daring lunge into the path of danger. At the altar we swear that we’ll accomplish a whole host of noble-sounding things. We employ big-concept words like honor and cherishwith no chance of knowing what they’ll mean next week, unless it involves scaling a tower over a fire-breathing dragon, in which case we’ll be ready.

We see this in our faith, too, sometimes. We debate the ranks of callings, like motherhood or missions, and ignore the people in our pews who fill their days with understated faithfulness. We kowtow to public leaders and super-Christians instead of honoring those who quietly bring life to their corners of the world. “Greater love has no one than this,” said the Lord, “that one lay down his life for his friends” (John 15:13). But since he didn’t add, “And pick up your socks,” we forget that love means little things, too.

Sacrifice and bravery still serve as important expressions of love, but instead of relegating them to fairy tales and Braveheart, we need to recognize that we face opportunities every day to exhibit those very qualities. Some of us can point to specific days when we turned our marriages around, laid ourselves on the line, or accomplished something worthy of being passed on through legend. Instead, marriages are made of a million defining moments, many of which slip past without our notice.

The trouble with ignoring these would-be defining moments is that the decision is not benign. It’s betrayal. Shame researcher Brené Brown explains this as a kind of “covert betrayal,” because although these choices appear innocent enough when they stand alone, the accumulation of decisions not to enter your partner’s world triggers our deepest fears of “being abandoned, unworthy, and unlovable.” Every time we opt out of a decision that would have drawn us closer to our spouse, we add a little space between us.

You didn’t pledge to coexist in relative peace for the rest of your lives. When you promised to love, honor, and cherish, you promised to be fully present. Every time you tap out early or refuse to show up in the first place, you surrender the chance to be daring and brave, and you effectively tell your spouse, “You’re not worth it.”

Sometimes I wish that we could all swap ultra-specific promises on our wedding day. Although the idea of being ready is my personal holy grail, total preparedness is, of course, an illusion. No matter how thorough our investigations are before we bind our soul, material goods, and apartment lease to another person, life together promises to be a learning curve. Not knowing is part of the adventure.

Facing this reality is nearly enough to scare us off from marriage in the first place – why swear that we’ll stay with someone who’s bound to become someone else? But recognizing that we can’t know in advance what we’ll face should drive us continually back to our assignment to know this changing person – and to let our changing selves be known. Grand demonstrations of love won’t keep us in step – instead, little everyday acts form the relational glue that gives us a fighting chance.

The good thing about little things is that there are lots of them. You don’t have to wait for an anniversary or for your partner to be stranded in a burning building to prove that you love him. You can just take out the trash. Marriage isn’t, after all, composed of many neutral decisions. Nearly everything we do takes us either closer to or further from our partner.

Life together isn’t so much about avoiding the dark, menacing threats looming on the horizon as it is about tiny acts between the two of you that either build or erode trust, love, and respect. When you encounter your next chance to love well, take it. It will probably take place in the next five minutes.