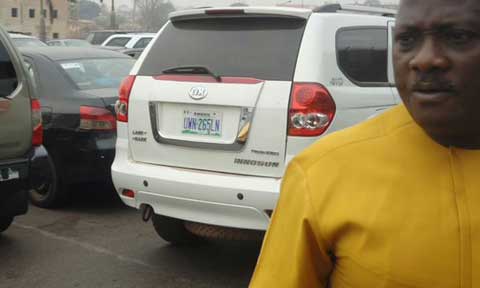 ‘Why I May Join 2Baba (Tuface) For The Nationwide Protest

This month makes it exactly one year I started working as a Public Relations and Media Consultant with Innoson.

Sometime in the month of December last year, I was privileged to have Chief Dr Innocent Ifediaso Chukwuma OFR tour me round his Plastic Manufacturing Company in Enugu.

It must be noted that Innoson Technical and Industrial Co Ltd Emene Enugu is the largest plastic manufacturing company in West Africa with product portfolio that covers over 150 lines of products.

This company with over 4500 employees may soon close down if urgent necessary steps are not taken to put it back in shape, all thanks to the Federal Government unfavourable policies against the Manufacturing sectors by lack of provision of necessary foreign exchange to the manufacturers to import some foreign inputs needed for production.

As we toured round this factory with gigantic injection moulds and different large forms of industrial machines, I can only but weep. Noticing that over 85 percent of the production lines were closed down and the workers sitting idly discussing, I sorrowfully asked Dr Chukwuma, what is the main reason why these machines are not in production? He responded thus:

1. Foreign exchange: He said as at that period, the last time CBN approved forex for him was 6 months ago and his companies need over 3Million Dollars’ worth of forex monthly in order to sustain its production. There is a high demand for their products, but there is little he can do if he can’t access forex to get the foreign input needed for production. Hence the forex scarcity is a major reason why his factory has closed down over 85% of its production lines.

2. Light. Another reason he gave is the rising cost of PHCN bills. PCHN brings a monthly bill of between N30M – N50M on a monthly basis. He has repeatedly written to the management of Enugu Electrical Development Company EEDC to look into the high cost of bills they send to him which is ever rising. With the current low production, he told them to disconnect the light from his factory pending when they start full production again.

I am of the opinion that the Federal Government should look into the activities of Electrical companies in Nigeria if there is any hope of survival of the few remaining manufacturing companies.

I then asked him again, “so why do you still retain your workers since there is virtually no production going on”? His response made me shed tears again. He said “Most of these workers have been with me for years, their family depend on this factory for their daily bread. If I sack them and shut down, what will become of them? He said he called all his workers and told them the true situation of things, that the inflows coming into the company has basically reduced, and told them he will not sack them and won’t shut down because he still has faith in the ability of FG to turn things around but he has to reduce their salaries by 25% pending when full production continues. And the workers gladly accepted his proposal.

I know many manufacturing companies that have closed down due to the same situation being faced by Innoson Technical. Last year, Erisco foods shut down his factory because of this same situation. I learnt Airtel is about leaving Nigeria, and Etisalat are on the verge of mass sack of their employees.

I therefore join my voice to other progressive voices calling on Mr President to address the various economic challenges troubling us. I hereby endorse Febuary 5th nationwide Protest to Call for Good Governance and I call on everyone who wishes for the Good of our Nation to do so.

Lastly, I want Mr President to succeed. Let him not see the protesters as people who oppose him but people who love him and want him to leave a good legacy. It was Socrates, the Great Philosopher who once said “listen more to people who criticize you than to people who praise you”.

A New Nigeria Is Possible