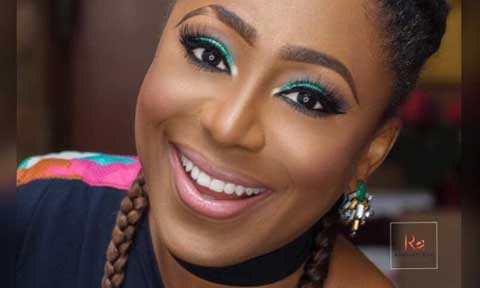 Her career hiatus was occasioned by her marriage to Olumide, son of billionaire businessman, Harry Akande. She speaks with LANRE ODUKOYA about her grand return to acting, family, among sundry issues.

Oh, yes! I drink green tea every day. It’s like the best. It cleanses your system and it’s an antioxidant. I’m a tea drinker, I love it more than coffee. I do herbal tea sometimes like peppermint for digestion. I exercise and I do a lot of health stuffs and I take multivitamin supplements. I want to stay young in physique and at heart.

Little wonder you still look this trim and young…

Yes, that was the plan. I never wanted to look somebody’s mother yet.

And it doesn’t bother you when much younger guys just make passes at you?

‘Them no dey toast me o. Them dey mad?’ They know this is not a girl. There is a way you’d see a woman that’s slim, trim, fair and fine but you’d also realise this woman isn’t my mate. They know so they don’t come near me. Yes, we would say ‘hi’ from a distance and that’s as far as it would go.

What about the older men?

They’re not that bold. They know I’m married. Look at these rings (she thrust forward her finger) and you’d know they’re big enough. There’s no way you’d just want to do that. After seeing the rings there’s no way you wouldn’t lose the courage even if you’d gathered it before. They just feel, ‘I can’t compete with that’ which is great. Kudos to Mr. Akande!

(Cuts in) I think from the time I started having dreadlocks people started noticing that this is somebody who is very conscious. When I found my consciousness, I just tried to read more, asked questions and interested in other faith and religion. I tried more to understand people better with their faith as well and it brought me to where I am right now. I want to continue to grow; I don’t want to ever stay stagnant with my faith in God and in humanity.

It was incredible to see you scrape your lovely dreadlocks…

I understand but I was bored. I carried it for 13 years and you know for a woman, we love to change our hair, we like to be adventurous and I coloured it, cut it short, grew it really long and did everything with it until there was nothing else to do and I just got bored. But I still have them. I keep them in a box, so sometimes I still look at them in the box. 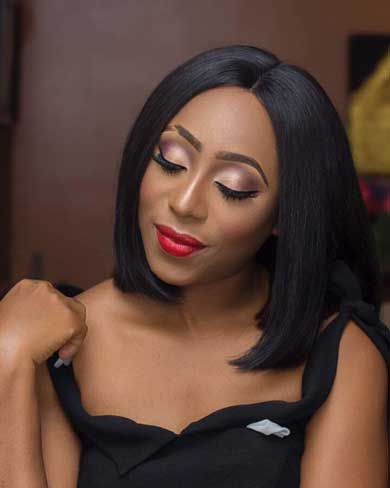 Many people miss the frequency of your face on the movie jackets, was marriage responsible for that long hiatus?

Of course not! I’m a bit offended that this old question is still being asked even when I’m working and got nomination for Best Actress at AMAA for my role in the movie entitled ‘50’. You know progression is important. I can’t keep on doing things at the same level. I need to progress, so I must leave the field for the younger ones. I cannot be hustling now the way I used to hustle ten years ago. The upcoming ones should be given the space to do that. You hustle smart and not hard. I’ve moved from the Asaba movies, though it trained and made me. I’m doing more cinema works and you know that kind of work is not as regular and on the faces people as the other. I’ve also been very picky about my works and what I lend my name and energy to. It just can’t be like before when I was in all the films.

I auditioned. I had a screen test.

Has there been any character you’d taken away from one movie set to another or even back home?

No, that’s part of why I don’t work all the time because I believe as an actor, you’re embodying another character. So, the same way it takes time to embody that character, it takes time to wean yourself of that character. And if you do works back to back, then you’d have a backlog of all these characters. And you’d start having psychological issues because if you take it seriously, the way I do, you’d need a break. After ‘50’ I didn’t work for almost six months and I’m glad to be in this position that I can afford to give myself that break because struggling actors don’t really have that option. Sometimes you play some really horrible characters and you want to really make sure you get it out of your system because it can really interfere.

When was the last time you did any film before ‘50’?

‘50’ was like my seventh film after the hiatus. I did ‘Journey to Self’ which was my first comeback film in 2012. Then I did ‘Unconditional’ with Uche Jombo and after that I did a short film called ‘Paired’ and it only showed online. So, I’ve been working steadily. I did ‘After the I Dos’ which was an MNET movie that came out as one of the Africa Magic original films. I went onset for ‘Hear Word’ afterwards. I started working on stage, I did that for two seasons. I was doing all that to hone my skill back. All those steps gave me a leap on my talent so that by the time ‘50’ came along, I was fully prepared. Mo Abudu is somebody I respect so much and somehow she always wants me in her project. It was actually Tope Oshin, the producer that called me for ‘50’. She just said, “Dakore, there’s this movie we’re doing but you have to read for it. Hope you don’t mind doing to read for it.” And said, what? Are you kidding me? I would read for anything. And the rest is history. 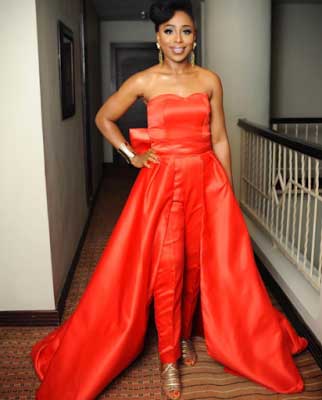 Have all these engagements interfere in motherhood for you?

Well, it really did. And at other time I was away from work because I didn’t want to be pregnant and be working at the same time. I was pregnant with my second child in ‘Unconditional’ and nobody knew. I was three months project, but after that, I said no more movies.

When are you returning into the labour room again?

For now, I’m fine with my two kids. It’s not easy.

What do you miss from your yesterday?

I miss waking up and just travelling anywhere I want to. I loved to travel so much. I could just wake up one morning and say, you know what? I’m bored and I’m going to London. So, I miss that because now I have to plan for my family. I must be certain everything is in place. Previously I could decide on the spot if I’m taking a script or not, but now I have to consider my kids. Is the movie is such that I’m comfortable with my children watching? I now have more filters. When I was younger I could take perhaps any role I like but now I must discern them because my kids are going to watch. I don’t want to embarrass my family with the roles I take. That’s not to say that I’ve always taken embarrassing roles because I’ve been very lucky. Even when I take controversial roles, I did with a lot of poise and class. It wasn’t tacky at all.

I just don’t want to be putting our stuffs out like that. Marriages nowadays, my mother always say, “cover your yam and how you’re eating it”. Like on his birthday, I just do maybe some posts on Instagram but we like to celebrate anniversaries in-house with the kids. We’ve been together for ten years but married for six years.

Does he do any chores?

Yes, he takes care of his kids. He’s not your typical African man.