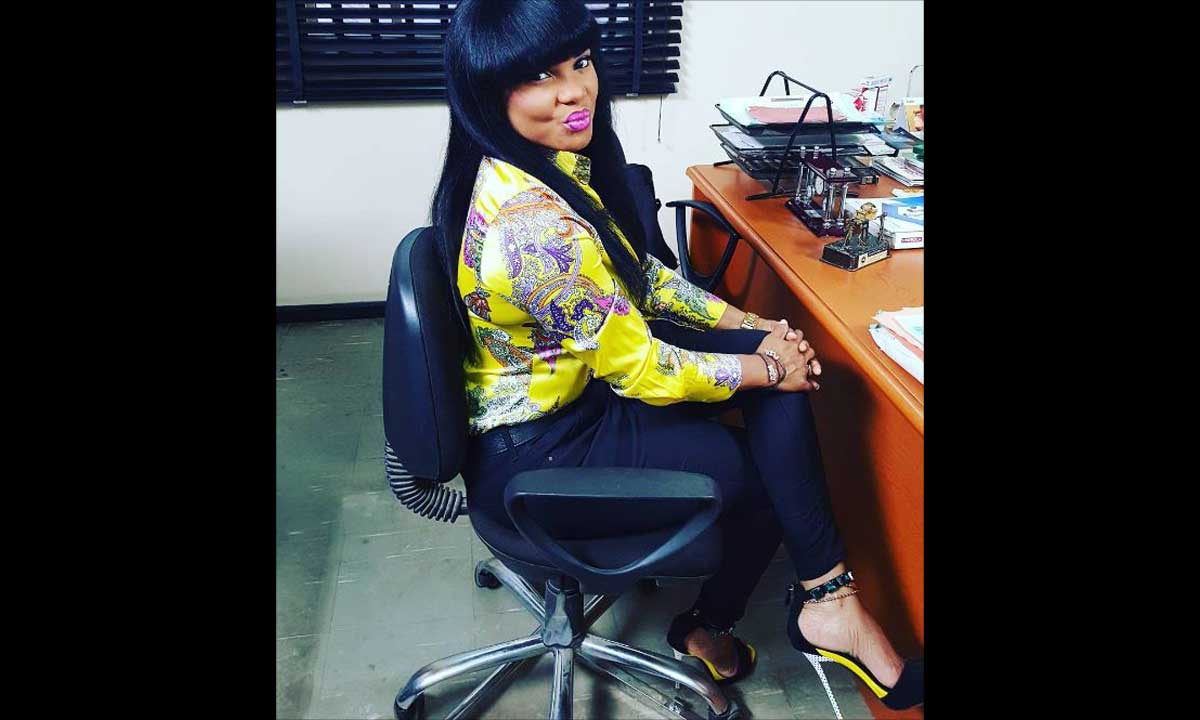 The actress revealed that she was never born poor but love played a fast one on her and made her strive on the part of poverty to attain the level in which she is today.

She explained that things were so tough for her that she was left with just N100 to feed her son and unborn child and was managing an apartment with two of her in-laws who also lived with her.

Iyabo who keeps thanking God for how far she has come today, decided to share some of her pains she recalls once a while but pointed out that she can never blame anyone for it but proud of how well she motivated herself to become who she is today.

Motivating others to grow especially single mothers, who have been rejected by families and the society, she said, “Be grateful! It helps you appreciate d little u have knowing fully well that there are better days ahead! A time had been when all I got on a good day in our one room apartment where 2 of my in-laws also lived with us was 100 naira daily to feed my son, my unborn daughter and myself which didn’t even come regularly but with love and gratitude I managed it knowing that I was still in a better place than someone who was suffering from one deadly disease that had no cure and I also believed that one day I will have more than enough to go round because I deeply believed in myself.

“I blamed no one for my mistakes, I took out my pain and frustration on no one, I refuse to be lazy, I refuse to allow my mistake and situation rule and take the better part of me 'yes! sometimes I break down, most especially when my babies fell ill and I know say no money, hmm, the tears where so uncontrollable but I never gave up! I got a job, worked as a sales girl 4 a while, sent myself to school doing part time, later got a better job n worked as a secretary, I was so hard working that in few months I was promoted to a site manager with a salary of then 18k monthly until one day I lost my job because they felt a male was better off. Though they did well by paying me a 3months salary upfront still I was very unhappy, I had 2 babies! I remember crying all the way home that I missed my bus stop, again I blamed no one and I never lost hope I then decided to start trading.

“I went into the business of buying and selling clothes, I started my own business with just 30k chai I lost a lot of weight o because of the stress, don’t be mistaken I wasn’t born poor, love made me journey down that lane but now am glad I did because I understand what it is to be poor and appreciate every little thing I have achieved! Thank you Lord! Now am telling part of my story to help encourage any poor mother who feels she can’t make it because she has kids and you ask yourself where do I start from, the society is bad, am too much for this job, I have failed so I give up, No No No you can be the best of you, never give up on yourself, start anyhow, even if you have to sell pure water or do odd jobs.”