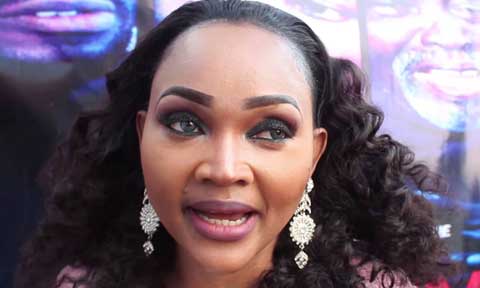 A commissioner has revealed shocking details about actress Mercy Aigbe's domestic violence story which broke the internet recently. It has been revealed that with civil and criminal actions being instituted against Lanre Gentry, estranged husband of Nollywood actress, Mercy Aigbe, there are indications of a tough time ahead for the hotelier who, on Tuesday, was quizzed by the Lagos State department of Domestic and Sexual Violence Response Team (DSVRT).

According to The Nation, the visibly angry Commissioner for Women Affairs and Poverty Alleviation in Lagos State, Mrs. Lola Akande, revealed that it was disheartening to see the state Aigbe was when she came to her office to report the case.

“She was coughing blood from her nose and mouth and she had injury on her face which the doctor said she must have an operation. I was so angry that I need to see the face of the man that did this to her, and so we invited him and he came yesterday (Tuesday) to say his own side of the story to the official in charge of domestic violence. But any man that can beat a woman to a pulp like that to the extent that she is still coughing blood one week after the incident need to have his head examined,” said Akande.

According to her, the Lagos State Government has secured a restraining order for Aigbe from any further abuse by her husband.

She commended the courage of Aigbe for voicing out her ordeal, and urged other women going through similar situation not to keep quiet about their ordeal.

“I must commend the courage of mercy, because what she did is what other women who are victims of domestic violence out there need to do, they don’t need to hide it except they want to die there.”

Adding her voice to the matter, Coordinator of DSVRT, Mrs. Titilola Vivour-Adeniyi, said the order henceforth prevents Mr. Gentry from getting close to his wife until further notice, assuring that the government would pursue the case to a logical conclusion.

She disclosed that Gentry, who may be charged for domestic violence, is expected to appear in court in two weeks’ time to give reasons why the restraining order should not be made perpetual.

Vivour-Adeniyi said the State Governor, Mr. Akinwunmi Ambode was committed to stemming the tide of domestic violence, regardless of who the victim or the offender is, saying that Aigbe is yet another victim whose case would be treated according to the law.

“We are actually working on the case with the Ministry of Women Affairs and Poverty Alleviation (WAPA), we are handling both civil and criminal. The criminal aspect of the domestic violence has been reported to the DPO of Area F and we accompanied her to the station with a view to charging the criminal aspect to court. So that is being handled.

“The civil aspect which is to ensure that she is protected, that is where the restraining order comes in, which is provided by the Prevention Against Domestic Violence Law 2007. So, we approached the family court and we got a restraining order on her behalf, restraining Mr. Gentry from I think one mile from her.”